A pumped-up Connacht side doomed the Ospreys to an entire Magners League campaign without an away win as they held on for victory at the Sportsground.

Rooted to the bottom of the table and with Heineken Cup qualification out of their reach, Connacht put in one of their best performances of the season to give retiring duo Matt Mostyn and Darren Yapp a winning send-off.

Although Samoan winger Ofisa Treviranus crowned his first start since December with a try, it was not all plain sailing for Connacht as their scrum-half Conor Phillips, in his last appearance for the province, was given a straight red card midway through the second half.

This was a very open encounter with both sides showing a commendable willingness to throw the ball wide and attack off multi-phase possession.

Strangely the scoreboard remained untroubled until the 19th minute when Treviranus scooted over for his first Magners League try.

His opposite number, Kristian Phillips, who became the youngest player to start a Magners League game at 17 years and 250 days, had done well up to then and Lyn Jones' youthful selection certainly rattled the hosts at times.

Former Wales and Lions centre Mark Taylor, in his last game before his retirement, was rock solid in defence and the visitors' fly-half Shaun Connor, who was making his 100th and final appearance for the Ospreys, enjoyed a lively duel with Connacht's Andy Dunne.

Dunne ended the first half on top though as he converted Treviranus' touchdown and landed an injury-time penalty after both number 10s had been off target with place kicks.

Connacht wasted little time in adding to their 10-0 interval lead, with centre Keith Matthews bursting through for the first of his two superbly-taken tries.

Matthews ran some great angles throughout the game and with the Ospreys defence wilting a little, he got over again in the 62nd minute.

By that stage, McPhillips had been dismissed for a straight arm challenge and both Marty Holah and Brett Wilkinson had spent time in the sin-bin.

The Ospreys dominated for a 10-minute spell, landing a penalty from Connor and a neatly finished try by Phillips. 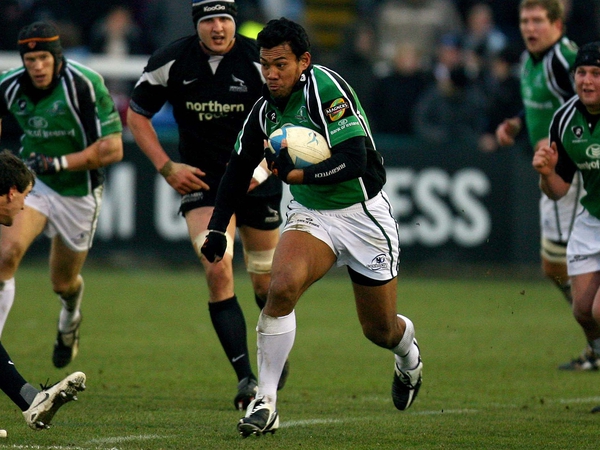 Treviranus returns to Connacht side Rugby