Holders Munster suffered their first Heineken Cup defeat at Thomond Park this evening as Leicester came through 13-6 in heavy rain to reach the quarter-finals.

The English team, champions in 2001 and 2002, pipped Munster as Pool Four winners thanks to tries by Geordan Murphy and Ollie Smith, while Ronan O'Gara booted two penalties for the province.

Leicester also secured a home tie in the last eight as one of the four best finishers in the six groups.

Munster had won enough points before the sixth and final round of the pool phase to claim a berth in the last eight as one of the two best runners-up.

Today's game was the last at Thomond Park before building work will almost double the capacity of 13,500 to 26,000.

Munster had previously been beaten once at home in the Heineken Cup, losing 37-32 to Cardiff at Cork's Musgrave Park in 1997.

The Tigers were great value for their victory in typically windy and wet conditions in Limerick, and skipper Corry said: 'It is an incredibly special feeling.

'We went out there and performed. Every player stood up to the challenge, our mentality had been right throughout the week.

'It is a fantastic place to come and play rugby, and I thought we showed in the first 10 minutes that we were not going to be intimidated.

'Our scrummage was fantastic, and Ian Humphreys really stepped up. Your number 10 is key to the show, and he had the confidence to back himself.

'This is a huge win for us. The atmosphere in the dressing room is something special, and you realise that these are the moments to savour.'

Leicester took charge from the early stages, and their win condemned Muster to second place, which means they are likely to be away against Llanelli Scarlets or Biarritz.

Leicester head coach Pat Howard said: 'This is the best win I've been involved with at the club. I thought our ball control was outstanding, and we defended with a lot of guts.'

Munster had no complaints after seeing their proud European home record come crashing down after they were out-played by Leicester's pack.

Fly-half Ronan O'Gara said: 'It is obviously hugely disappointing for us, but the better team won. They talked it up but they walked the walk.

'Leicester were hugely dominant up front - their pack performance was terrific - but there are two ways we can go now.

'You can just sit down or you can go away, learn the lessons and then put up a real fight. I know which option we will be taking.'

Munster rugby director Declan Kidney added: 'We will look at the areas of our game that were exploited, and we know we must improve.

'We are hurting, and the players are extremely down. We knew we never had a divine right to win games at Thomond Park, and Leicester brought all their experience to bear today.' 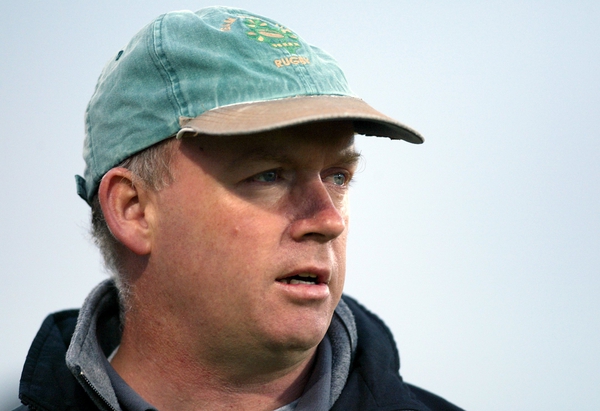 O'Driscoll to start for Munster