Ireland flanker Simon Easterby is eager to face the All Blacks after returning from the British and Irish Lions tour to New Zealand with renewed confidence.

Easterby, omitted from the initial Lions touring party, was called up as an injury replacement for Lawrence Dallaglio and went on to become one of the few stars of the ill-fated tour.

The Llanelli back row played in the final two Tests and although he was unable to prevent the Lions from collapsing to a humiliating series whitewash, he did enough to enhance his own reputation.

While many players - including most of the Irish contingent - returned home with their heads bowed, Easterby has been able to take comfort from his performances against the Tri-Nations champions.

"There is a lot of competition in the Irish back row but I believe I'm playing better than ever this season," he said.

"The Lions tour gave me a lot of confidence. It proved I have the ability to play alongside the best in Ireland and Britain.

"Although we didn't win the Test series we competed quite well in the back row in the second and third Tests. I've brought some of that form back to my club game."

The Lions' shortcomings indicated the enormity of the challenge facing the home nations this month, with New Zealand embarking on a Grand Slam tour which started in the perfect manner last Saturday.

The All Blacks hardly broke sweat in dispatching Wales 41-3 with a display that has further lengthened the odds on Ireland claiming a shock victory in Dublin this weekend.

But where the Lions and Wales have failed, Ireland are determined to succeed, with Easterby warning New Zealand they will be met head-on when they run out at Lansdowne Road.

"The Lions are great, a fantastic entity, but it's different when you play with your countrymen," he said.

"There's a different atmosphere and feeling. It's hard to merge four countries and create the same togetherness."

With preferred options Brian O'Driscoll and Paul O'Connell injured, Easterby has been asked to lead the welcome party as Ireland chase their first victory over New Zealand.

The 30-year-old, who is also skipper at Llanelli, is one of the quieter members of the squad but insists his efforts on the pitch will do the talking.

"The captaincy is a huge honour. It's not something I've looked to do, it's a job that's offered to you," he added. "Eddie O'Sullivan obviously thinks that with Brian and Paul injured I can do a job. I see it as a short-term thing." 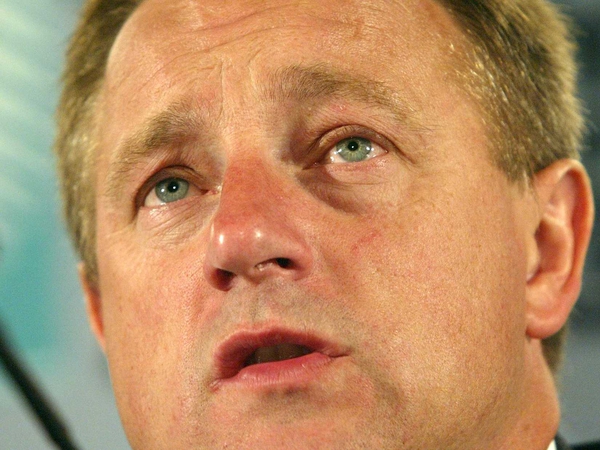