Ireland's World Cup campaign came to a juddering halt as they were out-classed by New Zealand in Tokyo.

The quarter-final hammering spells the end of Joe Schmidt’s time in charge of the team after six and a half years.

It is a bitter end for Kiwi Schmidt, who had set a target of getting the team to a first-ever World Cup semi-final.

In the end they were, once again, miles off the required standard.

The game had an eerie similarity to the defeat against Argentina four years ago with Ireland finding themselves chasing a game from the early stages and rarely looking like they could make a dent in the back-to-back champions.

First-half tries from Aaron Smith (2) and Beauden Barrett killed the game as a contest, while Codie Taylor, Matt Todd, George Bridge and Jordie Barrett all crossed in the second half.

Robbie Henshaw managed to score when the result was beyond doubt and Ireland also worked a penalty try but to describe them as consolation would be inaccurate given the massive gap between the teams that became evident in the opening minutes. 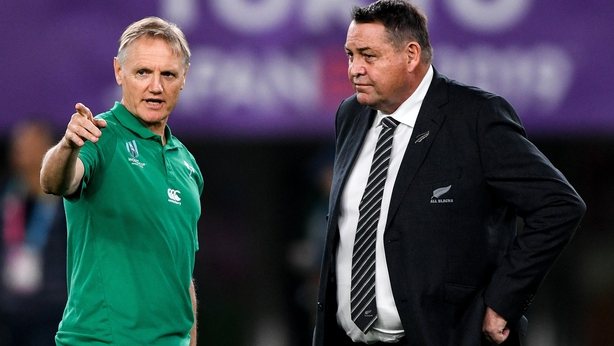 Ireland had come into the competition as the number one ranked team but were simply overrun by the awesome All Blacks once again.

Much had been made of the two friendly victories achieved by Joe Schmidt's side in 2016 and 11 months ago but Ireland faced a completely different beast in this knock-out game, the second time the teams have met in a World Cup.

Ireland had 12 men who started against the world champions in 2018 in their side, while Steve Hansen had changed half his team, who began the game as 11-point favourites.

To have a chance Ireland needed everything to go right and all XV to excel.

In the end everything went wrong, much of it down to the speed and accuracy of the opposition but far more down to shocking individual errors from players who had starred throughout 2018.

It looked like men against boys for much of game as Ireland fell to their fifth defeat of the year.

Eddie O'Sullivan: 'There were cracks appearing this year... We've regressed. It's one thing losing to New Zealand, it's the manner of the loss that's hard to swallow' #NZLvIRE pic.twitter.com/aXI0wmnVY0

The defeat spells the end of a marvelously successful era for Ireland, whose head coach Schmidt had led them to three Six Nations titles and a number of other notable wins since taking over in 2013.

Captain Rory Best also bid farewell to the green after 63 minutes, the Ulster hooker retiring after winning his 124th cap.

"You have to evolve and it's clear that Ireland haven’t," said former Ireland captain Donal Lenihan on RTÉ commentary.

Where Ireland needed a solid and fast start they only managed to allow New Zealand a foothold via a Richie Mo'unga penalty in the sixth minute as Jacob Stockdale knocked down a pass.

Ireland had temporarily lost Garry Ringrose after a nasty head collision with Henshaw during that play but the centre had returned by the time New Zealand got their first try. 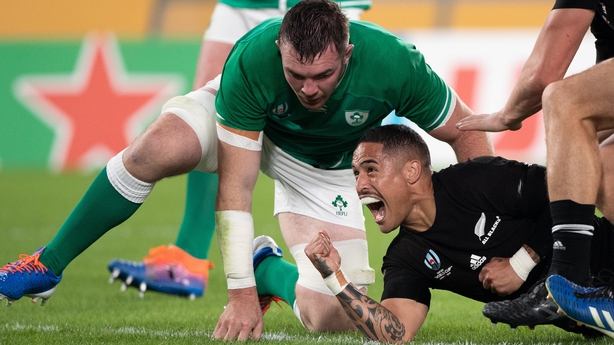 Smith, winning his 90th cap, sniffed a gap after a series of recycles and reached out to score his 18th try under the posts.

When Ireland did manage to get the ball out-half Johnny Sexton kicked for the corner with a penalty but failed to find touch and a few moments later Smith was again at the end of move to score in the corner when Stockdale had come in off his wing.

Nothing was going right for Schmidt’s side and Barrett took advantage of another mix-up in midfield, this time between Sexton and Rob Kearney, to win a footrace, collect the ball and touch down.

Ireland tried to apply some real pressure towards the end of the half but even when they had  a penalty advantage they conspired to waste the opportunity with Peter O’Mahony shoulder-charging into a ruck giving referee Nigel Owens little option but to reverse his decision.

Ireland slumped off at half-time 22 points down. 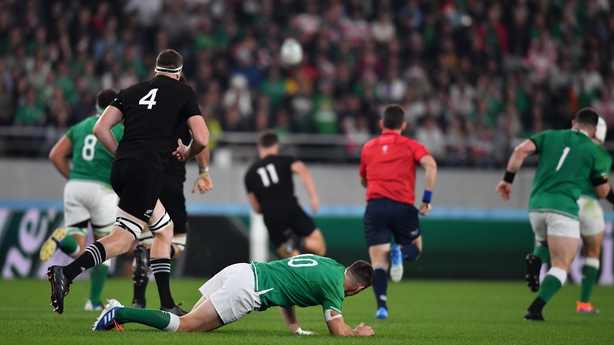 The second half began in a similar fashion with more unforced errors handing possession to New Zealand, who soon added their fourth try when Cody Taylor took Kieran Read’s pass and dived over.

Schmidt’s team couldn’t get out of their own half for the next 20 minutes and replacement Matt Todd was in support after Sevu Reece sliced through a  couple of defenders in the 61st minute.

Sexton, who, after missing the quarter-finals in 2011 and 2015, departed at that point following one of his poorest showings from 88 caps. When Ireland needed their talisman to take control, he simply failed to turn up.

Henshaw, who had missed the first three pool games with a hamstring injury, did manage to take the bare look off the scoreboard when he combined with CJ Stander with just over ten minutes left but New Zealand had long turned their attention to a semi-final with England next Saturday.

Ireland also managed a late penalty try but New Zealand, fittingly, had the last say when Jordie Barrett dived over in the corner.

Andy Farrell is now the head coach and his first task will be to develop a new game plan before the opening Six Nations game against Scotland on 1 February.

New Zealand go on to semi-final against England.