Billy Vunipola faces the most important training session of his career on Wednesday as he attempts to prove his fitness for England's World Cup quarter-final against Australia.

Vunipola is rated "very likely" to be available for the Oita Stadium showdown on Saturday as he recovers from the ankle injury sustained against Argentina.

England will be desperate to field their bulldozing number eight as they bid to complete a seventh successive victory over Australia under Eddie Jones but only have one full practise session left before the team is announced.

Vunipola was rated doubtful for the last-eight clash but on Tuesday completed running, cycling, wrestling and boxing drills as his recovery took another significant step forward.

"We are very confident in his progression each day. He's very likely (to be available). I am very positive about that." 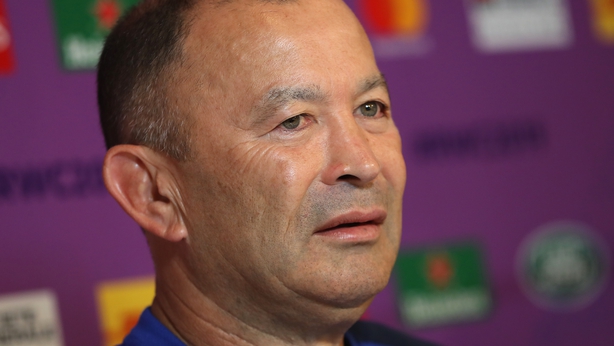 If Vunipola passes the necessary checks then England are likely to name the same starting XV that routed Argentina 39-10 at Tokyo Stadium to secure passage into the knockout phase.

Tom Curry and Mark Wilson are on standby to deputise at number eight if the Australia collision has arrived a week too early, and there is set to be a change on the bench, where Jack Nowell appears to have lost his battle with injury.

Having recovered from ankle surgery and the removal of his appendix, Nowell's comeback against the Pumas came at the cost of a hamstring issue that has restricted his training, so Jonathan Joseph is poised to come in.

It is Vunipola's health that is England's chief concern, however, even if the 26-year-old's own assessment of his form before twisting his ankle against Argentina was that "I haven't been playing the best I could be in the last two games".

"Billy's going well but like any player he wants to play better," Mitchell said.

"He's having to make a couple of little adjustments to his game because players start to read you in terms of what you do. That's really good awareness from him, to make those adjustments.

"He loves the ball in his hand and his experience is also really good to have amongst the rest of the back-row group.

"He carries a bit more experience than the others and his willingness to share and care for them has also been really impressive. He's a guy who is really consistent, but knowing him, he will want to play better.

"I think Billy's at a very optimal body weight and skin folds. In the last campaign (Six Nations), his weight was too extreme, whereas at the moment he's at an optimal stage.

"He did very well during the build-up but we've tried to keep him at his right body weight, rather than a weight which is manufactured and unnatural for him. If he loses too much weight, it's not ideal for him.

"Because he's been on restricted training activity, in terms of dealing with the injury, he's chomping at the bit to get out there in training and get the ball in his hands."

Joe Marler has recovered from the back injury he sustained in the bonus-point win against Argentina and is likely to keep Mako Vunipola out of the starting XV for another week.

"I did the injury when I attempted to sprint, which is not like me, and I got a little tweak. That is not a lie or attempt to be funny," Marler said.

"What I often do is just concentrate on pushing and then plodding. But when a scrum-half tried to make a break, even though we were 25 points up, I decided to try and chase him down.

"Ridiculous and it's not going to happen again. I'll stick with plodding."