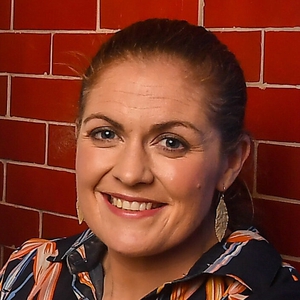 There were questions about Ireland's mental fragility after the England game in February when Joe Schmidt came out and admitted the team had been "bullied".

And we had to ask those same questions again following the Twickenham defeat but we did see an ability to bounce back when they beat Wales back-to-back and then hammered Scotland.

However, a World Cup campaign is different because of the bubble that you are in. It's not a case of winning and returning to normal life. It's not a normal situation to be away from family and home comforts for so long in Japan.

It would have been a huge task for the management and the senior players to rebuild the confidence of the squad through training.

But the down time can be important and the things that you do off the pitch can play their part in restoring confidence before regaining it on on the pitch.

At this point there is only so much physical stuff you can do after playing three games, so while it's important to work on the things that went wrong it's also vital to train cleverly.

The nine-day break will be the longest they have had since arriving and I think they will have benefited from it.

Yes, they are under pressure but playing at that level comes with pressure, they are well used to it.

We need to see them invigorated and showing that energy we had against Scotland.

Whether playing his strongest team against Samoa, a week out from a possible quarter-final was in the plan it's hard to tell.

Obviously that contains risk around injury but no game comes with an injury-free guarantee.

Joe Schmidt had to pick his strongest team. This is now knock-out rugby: lose this and they could be going home so minding fit players at this stage would have made no sense.

Johnny Sexton, who is short on match-minutes, is vitally important and has to stay on the pitch until they get the bonus point.

One, for the control he brings, and two, for the standards he demands from his team-mates.

Not to take anything away from Jack Carty, who has had his moments, but it's a shame that four years after Cardiff we don't have that strength in depth.

Hopefully we'll see Sexton back to his best.

From the outside it was frustrating looking at the post-game interviews after Russia; I didn't see the purpose of espousing such positives from what was a poor outing, despite it bringing five match points.

I'm sure there was more honesty inside the camp. They would have looked at what went wrong and where the performance lacked.

Rory Best, to be fair, was more honest in his appraisal the day after and whether that came from a reassessment or not I don't know.

They shouldn't be worried about what they say in public.

Against Samoa they need a performance that would make them worthy quarter-finalists, and have a chance of getting that monkey off the back and making the semis for the first time.

This is a team that performs better with momentum. The one-off performances, like France sometimes produce, are not a characteristic of this Ireland side.

Ireland have the calibre of players to win this game with a bonus point and I think they'll get the job done.