For the last few seasons now the provinces have tended to rest players the week before big games.

Traditionally a coach would have picked what he deemed to be his first XV for the match immediately preceding 'the big one'.

But with player-management reaching reaching new levels it has become common place to rest the marquee names, barring giving returning injured players game-time, to give them a two-week run-in for big European games.

It was quite possible that Joe Schmidt had something similar in mind before Japan threw a spanner in the works.

That result and the subsequent laboured win over Russia means that his big-game players are, where possible, likely to come back in when the New Zealander names his team at 8am (Irish time) tomorrow.

Below is the team that Schmidt picked for the opening game of this year's Six Nations, when they were defending their Grand Slam crown.

Regular full-back Rob Kearney was simply dropped for that game, while Dan Leavy was injured.

The Henshaw at full-back experiment failed in the Aviva back in February and anyway, he’s needed in the centre, where he is at his most effective.

More so given that Garry Ringrose has started all three games. The 24-year-old needs a break and Henshaw needs time on the pitch.

Kearney was replaced against Russia after 49 minutes with a groin issue and it’s unlikely he will be risked if that has not fully cleared up.

Jordan Larmour, who stepped in for the Scotland game when Kearney was ruled out with a calf injury, could return to the starting team.

Andrew Conway is also in fine form but Jacob Stockdale and Keith Earls should regain their spots.

Conor Murray missed out against Russia and Luke McGrath did all that was asked and has given Schmidt a decision to make at scrum-half.

POOL A PERMUTATIONS: WHAT IRELAND NEED

Johnny Sexton is due to get an hour on the field, according to Schmidt, and he’ll need to get through in one piece. The out-half has played just 163 minutes this season. Never has one man been so vital to the cause.

In the front row Cian Healy, Rory Best and Tadhg Furlong (23 mins v Russia) will have benefited from their rest and should return, alongside James Ryan and Iain Henderson in the second row.

The head coach made seven changes to the pack last time out but arguably the one player who retained his place, Peter O’Mahony is under most pressure, and indeed, could also do with a rest.

Rhys Ruddock is the in-form player and was man of the match against Russia and would not be a surprise inclusion.

Josh van der Flier and CJ Stander are also likely to come back in. 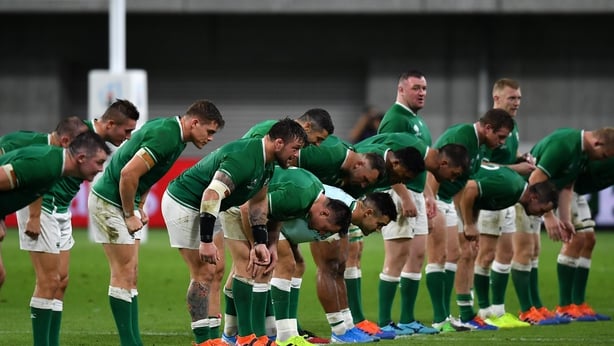 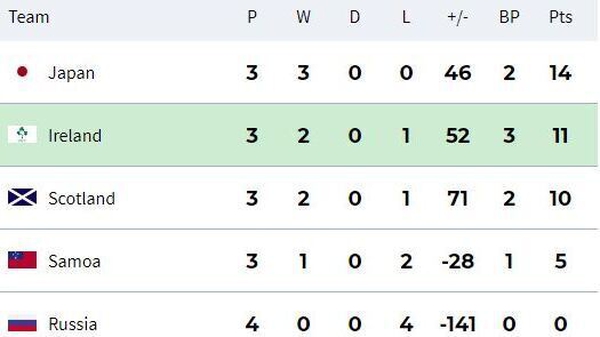 Pool A permutations: What Ireland need to progress