Jamie Joseph has doubled down on Japan's claims that Ireland scrummage illegally.

Head coach Joseph backed up prop Yusuke Kizu's accusation that Ireland prop Cian Healy "steps out" and scrummages in at an illegal angle.

Ireland head coach Joe Schmidt insisted his side have one of the least penalised scrums in the Test arena in offering a frustrated response to Kizu on Thursday.

But after Japan had named their team - confirming squad captain Michael Leitch's demotion to the bench - Brave Blossoms boss Joseph refused to back away from Kizu's comments about Ireland's scrum.

"I think first thing, Kizu is a young man, probably his first media experience, so that would be the first thing around Kizusan," said Joseph.

"We know that's a difficult part of the game, but we've really improved our scrum and lineout recently. And it's an area we've been focusing on all week." 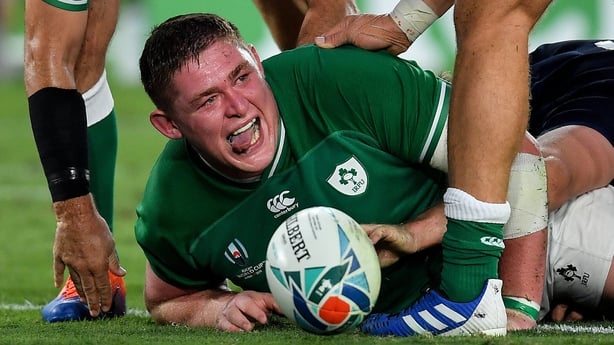 Hosts Japan saw off Russia 30-10 to kick-start the first World Cup in Asia, with the players admitting they had been overawed by the scale of the occasion in Tokyo on Friday.

Now the Brave Blossoms will host Ireland in Shizuoka, with both teams eyeing a big step forward in Pool A with victory.

Joseph admitted Japan will need "the game of their lives" to beat Ireland and insisted skipper Leitch still has a big role to play despite not starting the encounter.

Pieter Labuschagne will captain Japan from the off, with Joseph backing Leitch to have a big impact off the bench.

"What I believe around the game, in terms of our bench, we've got to have an impact. If we're going to be in a position to win the match, it's going to come down to the last five or 10 minutes," said Joseph.

"And we'll need clear leadership. Michael has had an injury all year, he's only played four or five games, and he's a very key player.

"But we have a lot of quality loose forwards and in-form players.

"We have in-form players playing really well and experienced players coming on. So as a coach I get to have both things.

"Lappies (Labuschagne), what I expect from him as an openside flanker is to get around the ball all the time.

"He doesn't speak Japanese, he speaks English, but so does the referee. His leadership is natural, his work around the game is outstanding. 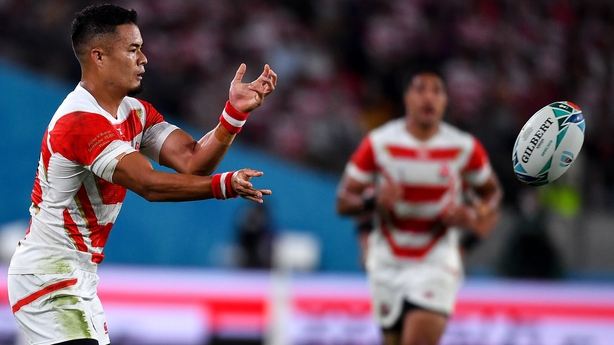 "I've been impressed with him as a leader in the last two years at the Sunwolves and he is respected by the players, which is key.

"It's a huge game for us and these players will need to play the best game of their lives; that's what they'll need to be successful on Saturday.

"In terms of legacy for the tournament, on our goals, as a team we want to do something we've never done before and that's make the top eight.

"That will leave a legacy for rugby in Japan, but the quality of our play and how we conduct ourselves as a team is also important."

Follow Ireland v Japan on Saturday (kick-off 8.15am) via the live blog on RTÉ.ie/Sport and the NewsNowApp, watch live on RTÉ2 from 7.30am or listen to live match commentary on RTÉ Radio 1.