Ireland have given a positive injury update ahead of next weekend's Rugby World Cup match against Japan.

The IRFU said Peter O’Mahony and Bundee Aki both passed phase two of their head injury assessment and will undergo HIA3 this afternoon, so could still be available for selection on Saturday.

Johnny Sexton suffered a bang to his thigh but is also expected to be available to play Japan, while Robbie Henshaw is back running and will re-join organised training this week.

Josh van der Flier got stitches to a cut over his eye before suffering from cramp late in the game, with Niall Scannell replacing him in the back row.

The Ireland squad move south to Hamamatsu today by bullet train, where they will be based in the run up to Saturday's clash with host nation Japan in Shizuoka.

Follow Ireland v Japan on Saturday (kick-off 8.15am) via the live blog on RTÉ.ie/Sport and the News  Now  App, watch live on RTÉ2 from 7.30am or listen to live match commentary on RTÉ Radio 1. 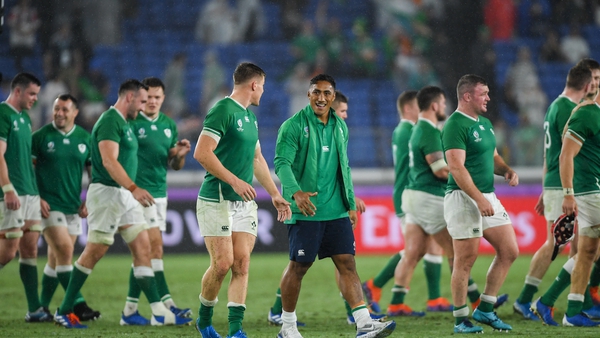 Ireland: where are they now & what happens next? Rugby World Cup 2019

No stretch to stay fit with workouts only a click away