Eddie O'Sullivan believes that Joe Schmidt is taking an unnecessary risk in Ireland’s World Cup opener against Scotland by leaving Rob Kearney on the sidelines.

Both Kearney and Keith Earls were left out of the starting XV for the clash in Yokohama, despite the duo shaking off minor niggles to take part in training earlier in the week.

Jordan Larmour starts in place of Kearney with Andrew Conway replacing Earls, in what is Ireland’s toughest game of the pool stage.

Schmidt told RTÉ Sport: "In the backs, only Robbie Henshaw is not available.

"I think everyone else could play. Keith has hit some really good speeds in training on Wednesday, Rob Kearney will...train today and Joey Carbery has trained throughout the week but they are all playing a little bit of catch-up.

"The problem is if you put them in, and you've got a tournament like this, they are a little bit underdone, then you've got a risk that you potentially cause another injury, we don’t want to take that risk. It's early in the tournament." 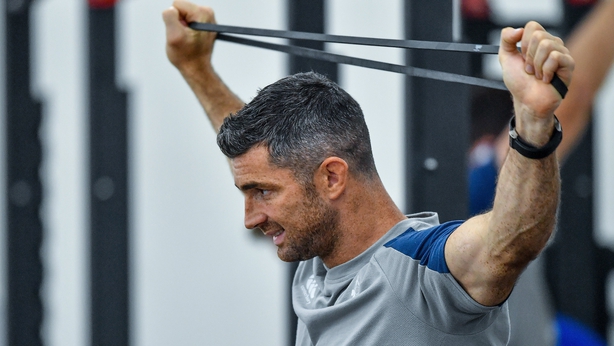 O’Sullivan admits to being surprised by the decision to leave Kearney out and he’s concerned by the lack of experience of Larmour in the full-back position.

Speaking to RTÉ Sport, he said: "Given that he’s announced that the injured players aren’t injured any longer except Robbie Henshaw, I’m surprised that he’s gone with Larmour at full-back.

"Larmour hasn’t really a good track record at full-back, he’s struggled there the last time he played there and it’s surprising with Rob Kearney, if he’s available as he says he is, then that’s a big shock.

"Kearney wasn’t undercooked, he played the last warm-up game. He’s picked up a niggle, no question about that but he’s either fit or he’s not fit.

"If they lose at the weekend then they have no wiggle room after that so to go in without your starting full-back, even though he’s available, it just surprises me that it’s happened like that."

O’Sullivan believes that Larmour will be an obvious target for Scotland on Saturday and warned that a back three of Conway, Larmour and Jacob Stockdale could represent a weak point for Ireland.

Conway, Larmour and Stockdale are untested as a unit and have only started one game previously as a back three, in last November’s 54-7 victory against Italy in Chicago.

"I think the back three are our weak spot now because Earls has gone now," O’Sullivan said.

"That back three hasn’t really played together before so you can be sure the Scots will test it.

"Larmour struggled under the high ball the last time he started for Ireland at full-back in Lansdowne Road, I think it was last autumn. He’s not tried or tested and I’m sure he’ll be tested on Saturday in that department.

"I think across the board it’s a fairly regular selection. I think Jack Conan could feel hard-done-by because in the warm-up games he played better than CJ Stander.

"CJ Stander had a decent game against Wales in the last game but he’s going for Stander as a tried and tested physical ball-carrier but I think Conan could feel miffed about that.

"I think the rest of the team picks itself after that."