New Zealand captain Richie McCaw refused to contemplate the idea of retirement after leading the All Blacks to the first ever defence of a Rugby World Cup at Twickenham on Saturday.

Asked by reporters if he would retire after the 34-17 win over old rivals Australia, the 34-year old McCaw said: "I still don't want it to end. I'm still part of this team, I'm going to enjoy today, how can you have enough of this?

"I don't think you ever have enough of it. If you get moments like this why would you ever call it a day."

"We said four years ago that we get on the road again with this being the end goal, try and do something no-one else has done. I'm so proud of the guys. We lost a bit of momentum in the second half but we kept our composure and came back strong.

"I knew the momentum was against us but we've been in those situations before. It's a matter of not panicking. I've done it many times over the years, but to do it in a World Cup final shows the calibre of me we've got."

New Zealand flyhalf Dan Carter was the man of the hour as the All Blacks became the first team to claim back-to-back World Cups.

Carter slotted a key long-range drop goal and 50 metre penalty in a 19-point haul to help seal the win against old rivals Australia, and claimed the man of the match award in his last outing in an All Blacks shirt. 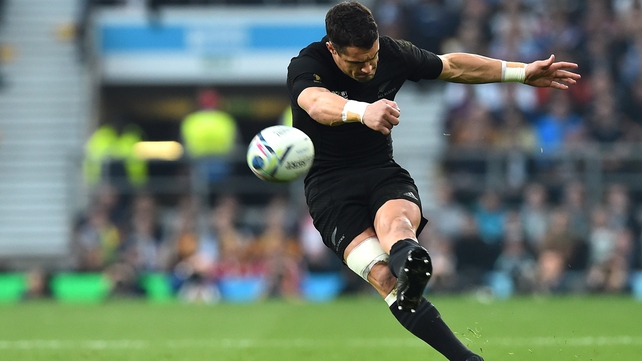 "He is one of the great players and for him to come out and show all his skills tonight...it is pretty special," said New Zealand coach Steve Hansen. "It's a great way to finish. You couldn't script it any better."

Carter, who had to watch from the stands as New Zealand claimed their 2011 win after suffering a groin injury in the pool stage, was elated to have been part of such a special team.

"I'm pretty grateful to be where I am considering what happened four years ago," Carter said.

"I'm so proud of the team. To win back-to-back World Cups is a dream come true. It's a pretty strong group of guys. We try to do things no other team has done before... it's a special feeling to be part of such a great team."

Even Australia captain Stephen Moore was in awe of the class shown by the men in black.

"It is all about New Zealand, they thoroughly deserve the win they were best team all tournament," said Moore. "Sometimes you come up against a better team and that was us tonight."

Australia head coach Michael Cheika said: "We fought back bravely, but they're the world champions and they deserve to be. I always believed, even at the end - but it wasn't to be.

"New Zealand won fair and square and they've been the form team since the last World Cup. We wanted to challenge them tonight, and I think we did, but we just came up short." 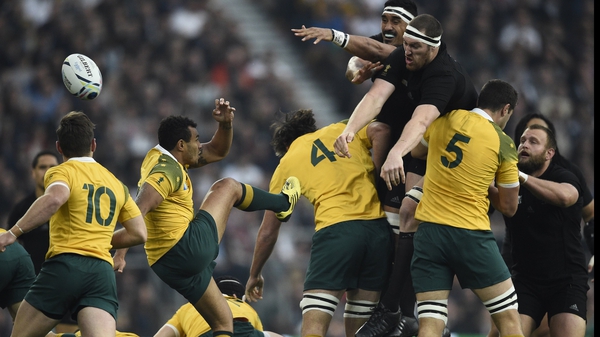