Richie McCaw could miss the World Cup final if he is deemed to have deliberately elbowed Francois Louw in New Zealand's 20-18 victory over South Africa.

The All Blacks captain struck Louw on the forehead 20 minutes into Saturday's last-four showdown at Twickenham, sending the openside flanker reeling with a blow that is sure to interest the citing officer.

Louw finished the match with two wounds to his forehead requiring a total of 20 stitches. When asked how he incurred the cuts, the Bath flanker said: "I'm not sure, I think it was at the bottom of a ruck".

Striking with the elbow - which falls under law 10.4a of dangerous play and misconduct - has a low end sanction of a two-week suspension.

The citing officer has up to 36 hours after the match has ended to lodge a complaint, setting 6.0am on Monday morning as the deadline.

New Zealand will face either Australia or Argentina in the final with their Rugby Championship rivals meeting at Twickenham on Sunday. 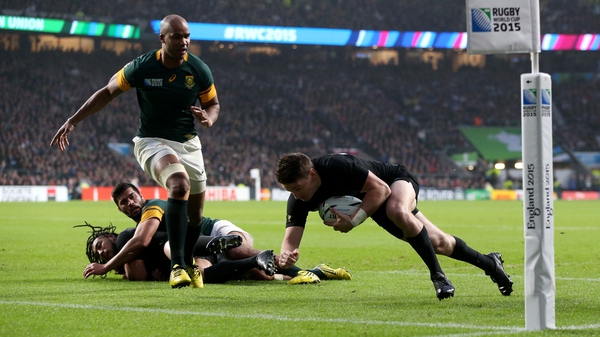