Life has a habit of giving you an almighty kick up the back side, just when you think you're on cloud nine. And that's exact what Ireland got on Sunday in east London. Functional, just about, best describes Ireland’s seven-point victory over Italy. In every aspect of the game, Ireland managed to find a level just above their round three opponents and that proved enough in a very forgettable game of rugby.

We could analyse this game to death and never really find the exact answer as to why Ireland underperformed so badly. There will be an internal investigation and the answers put forward will form a key part of how Ireland prepare for their battle royale with France this Sunday.

But one would have to surmise that complacency was an element. Going in as -20 favourites carries its own risk and Ireland perhaps fell into the trap of believing their own hype a little. As a result they started the game at a low voltage and failed to get up to the required anger levels for the remainder.

The other key note from this game though was how good Italy were. That cannot be overlooked. They were immense in defence and their loose ball carrying going forward was at a level that we have not seen from them since the Six Nations campaign of 2013, when they accounted for both Ireland and France.

The back row of Sergio Parisse and Simone Favaro was immense; both players swarmed with ball-in-hand in attack and were ever present at the breakdown. And the Azzurri fed off the performance of that duo to look a real danger going forward. The other element that proved key was that Tommaso Allan gave his best ever performance for Italy at out-half. He invariably took the right options at the right time, kicked with conviction, and played with a confidence he has been lacking in previous outings. 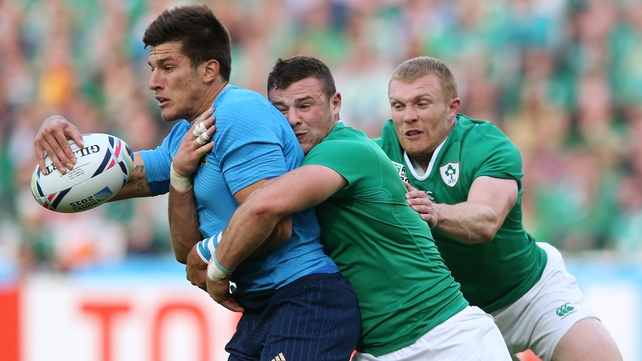 They were fighting for their lives and the performance showed that. There is now reason for optimism for their 2016 Six Nations campaign if they can harness the energy of that display.

So why did Ireland claim the four points? Experience. All over the pitch they had a little bit more of it and it showed in moments like Peter O’Mahony’s tackle on Josh Furno and Keith Earls’ positioning to be right on Robbie Henshaw’s shoulder in case of an offload for the game's only try. The Irish had come out on the right side of these bigger matches on more occasions and used that nous to get over the line in the end.

The one conclusion about Ireland after Sunday’s performance was that a repeat display against France in Cardiff will end in defeat.

They have been given a huge scare now and that will serve to ensure their motivation is in the right place in this week's build-up; personnel wise there is unlikely to be very much change at all.

The pack will likely remain unchanged, with Cian Healy’s role off the bench to continue for at least one more match you would imagine; his impact off the bench on Sunday could be crucial. There has been mutterings that Chris Henry will come in at openside for Sean O’Brien, but it would a surprise if that does happen.

Conor Murray was not at his best either with distribution or kicking, but he will still start at scrum-half.

Johnny Sexton, Robbie Henshaw and Tommy Bowe look to have done enough to keep their places at 10, 12 and 14. However, you would think Jared Payne and Rob Kearney, if fit, will come back into the XV. That leaves one spot up for grabs on the left wing. Dave Kearney is the incumbent, but the form of Earls is too good to ignore and he will likely move across to fill the No 11 jersey. 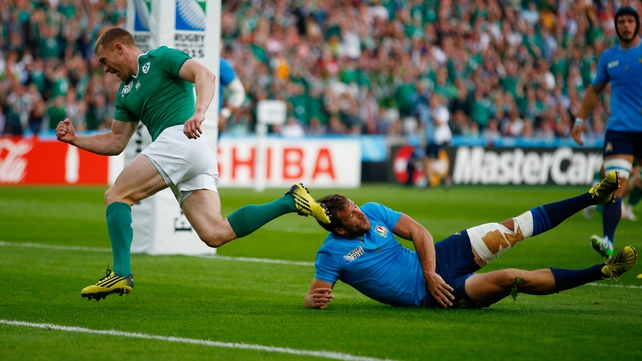 Ireland did gel in flashes at Stratford’s Olympic Stadium; it was a fits and starts kind of display. But  you would think that if they get the psychological build-up right on match day then the big performance they need will follow.

A major benefit for Ireland is that France are likely to deliver a similar game plan to what Italy offered. Big, strong men running direct lines, and offloading when possible, with just a few frills thrown in; in that sense it was a perfect dress rehearsal for the Irish.

I was sitting beside Le Parisien’s rugby correspondent in London last Sunday, who was there to evaluate Ireland first hand. Interestingly, he said that opinion in France was beginning to sway towards les Bleus being favourites to win on Sunday, on the basis of the opening three rounds of this RWC. And that is just the way Ireland want it. Expectations dimmed and motivation at an all-time high.

It's early in the week to be making predictions, but the next tie could well be a seven-point winning-margin once more, but that margin could very conceivably go either way.