France are trying to ease the World Cup pressure by branding Ireland favourites for next weekend's Pool D decider, according to Sean O'Brien.

Flanker O'Brien labelled French claims Ireland are odds-on to win in Cardiff on Sunday as "kidology", after Joe Schmidt's men reached the quarter-finals with a 16-9 victory over Italy.

Leinster wrecking-ball O'Brien admitted Ireland are already steeling themselves for a brutal encounter with the French, that they fully expect to be spearheaded by freight-train centre Mathieu Bastareaud.

"They all say that. I wouldn't buy into that," said O'Brien when told France have installed Ireland as favourites.

"Of course they want to say that, it's a bit of kidology. But we won't be looking into whether we're favourites or not.

"We'll have to prepare ourselves and make sure we're ready to go on the day. And we won't be worrying about who's favourites or otherwise.

"We've lost a lot of games against them in previous encounters. This is different, it's a World Cup, a new season, so it's all to play for and that changes everything."

Toulon powerhouse centre Bastareaud has proved a constant scourge for Ireland's backline in recent times, and O'Brien accepted they must stand firm against the 27-year-old once again.

"France are very physical, they pride themselves on that and it will be no different when they play us," said O'Brien.

"We have to expect huge physicality, at international level you're going to be in for a battle. So you've got to prepare yourself for that in the week and make sure you're ready to rock at the weekend.

"Bastareuad is always someone who will lead that charge for them. You've got to take his space away, he's an intelligent rugby player, he's obviously very, very strong and he's a leader for France.

"He's a very, very dangerous player and one we've got to keep an eye out for." 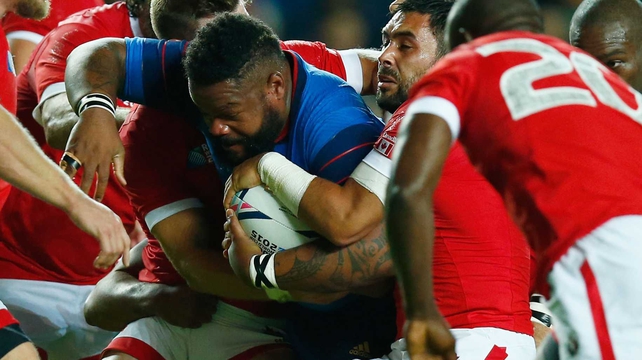 Beat France and Ireland can expect a quarter-final against Argentina, lose and they will face the All Blacks.
Ulster lock Iain Henderson excelled in Ireland's patchy victory over the Italians, flexing his considerable muscle in an admirable showing of tight-five play.

The impressed O'Brien backed the 23-year-old to extend his fine form against Philippe Saint-Andre's France at the Millennium Stadium.

"He's improving week on week, he's very physical obviously and he has the ability to choke people and hold up people, and he's a strong carrier as well," said O'Brien.

"There's a bit of everything to his game so the more time he gets the better he's going to be. That's exactly the kind of physicality we're going to need against France."

Robbie Henshaw made his World Cup debut after finally beating hamstring trouble, with usual centre partner Jared Payne still in the running to be fit to face France.

Ireland are confident Payne can beat his bruised foot in time for the France clash, with Henshaw relaxed about reprising the midfield pairing.

"We'll be fine, I know Jared really well now so I've played a lot with him in November and the Six Nations," said Henshaw.

"So it would be just about getting together and going through what we'd need to do on the pitch. If he slots in there next week we'll be good to go."

Connacht battering-ram Henshaw admitted he would relish squaring up to Bastareaud next weekend.

"It's exciting, it's good to go up against a player like that," said Henshaw. I'm looking forward to the physical aspect of it and France would be another step up.

"That challenge against Italy is just what we need to waken us up for next week." 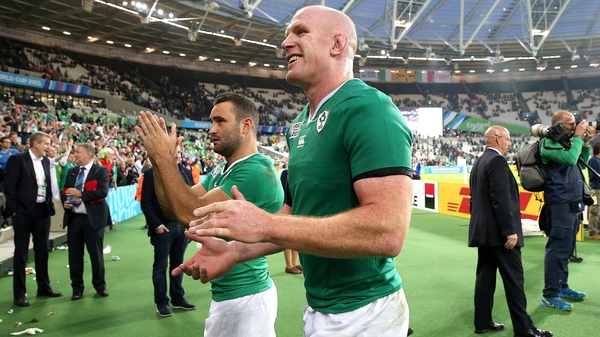