Eight year ago Keith Earls was the great hope of Irish rugby - a Heineken Cup winner at the age of 20 and a British and Irish Lion at 21, the Munster man appeared to have a long and glittering career ahead of him.

Almost a decade on, persistent hip, knee and tendon injuries have capped the versatile back's international appearances at 43 and kept him from Ireland's back-to-back Six Nations victories. Before August, he last played for Ireland in early 2013.

But as Earls celebrated his 28th birthday on Friday, he became one of only two Irish players named to start each World Cup game, moving from the wing to centre to show how valuable his flexibility is ahead of Sunday's Pool D clash with Italy.

"It's nice to finally work with him," Ireland coach Joe Schmidt said of the player whom he had to wait 19 games in charge to see in action.

"I certainly gave it a lot of shots. He was pretty keen to get started a number of times too and every time he just picked up an injury prior to the bracket of games we were about to enter into."

The son of former Munster player Ger Earls, the teenage Earls broke into the Munster team just as Ireland's provinces began to dominate European rugby and he was chosen for the 2009 Lions' tour of South Africa with just two caps to his name.

A natural finisher loaded with pace, Earls bagged five tries in the 2011 World Cup before the injuries hit and the likes of Dave Kearney and Andrew Trimble raced up the pecking order on the wing and Robbie Henshaw and Jared Payne quickly replaced Ireland's Brian O'Driscoll/Gordon D'Arcy centre axis.

But Earls has taken his chance. His two smartly finished tries against Romania drew him level with O'Driscoll on seven as Ireland's all-time leading World Cup try scorer. What took O'Driscoll 17 games has taken Earls seven.

"There are elements of his game that continue to grow. Keith made 13 out of 13 tackles in the pre-season games, defensively he's been very, very sound for us," Schmidt said, noting a particularly bruising hit the relatively light Earls put in against Wales' George North that left him mildly concussed.

"It's been great to have him in the group, I think it's added to the real contest among those back three, middle three players. Keith has made the decisions a little bit difficult." 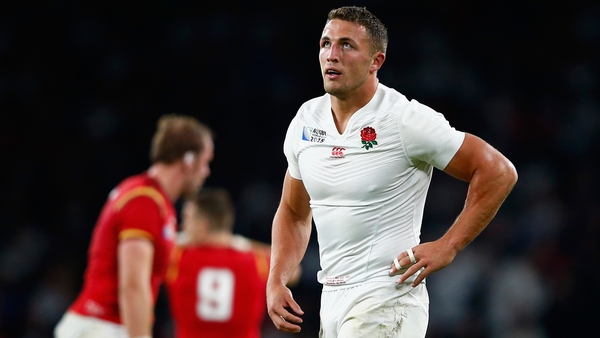 Analysis: Bernard Jackman on Ireland and the Burgess call