By Tadhg Peavoy at Wembley

Rugby in Romania is certainly not box office and – at present – is very much a minority sport, with like the likes of gymnastics, rowing, tennis, athletics and football the main sports played in the eastern European country.

So, who is supporting the Oaks at England 2015 and what is the state of play of the sport in the country.

Ioana Corduneanu is one of a small number to travel to London for Romania’s clash with Ireland at Wembley today, and was also at the Olympic Stadium for her country’s clash with France last Wednesday.

A passionate supporter, she attends all of their home games, and travels to as many games as she possibly can on the road.

An architect by trade, her love affair with Romanian rugby began when she was asked to design the national team’s jersey two years ago. She brought her design and art background into designing the jersey, which incorporates their national symbols the oak, the sun and ram's horns, and through working with Rugby Romania became a die-hard fan of the side.

Speaking about her design work on the jersey, she told me this morning: “The players know they are being watched back home and around the world and they want to be ambassadors for our culture.

“So they wanted to send a message through their jerseys. They also wanted to enrich their equipment with an ancient design, reminding them the of basic values of balance, regeneration, energy, respect for the opposition and fair play.

“And that is what my design is about with ram's horns on the jersey, which is more dynamic than the national symbol - the oak, which is static for defence. But you also need dynamism and aggression and energy for attack, which is why I added the ram's horns, which is about the alpha male.” 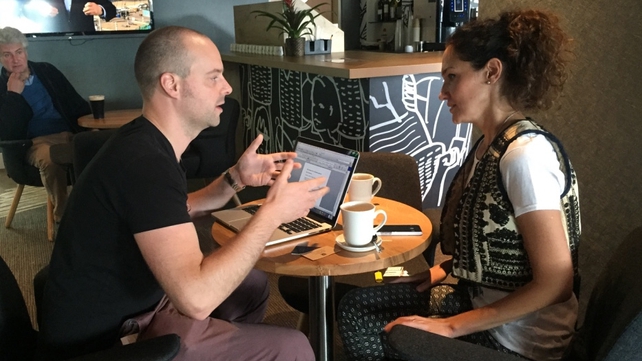 Romania have participated at every Rugby World Cup, but have never won more than one pool game in a single edition. And that relatively low success rate has led to the side receiving little in the way of media attention back in their homeland.

“Rugby is a modest sport that doesn’t get the spotlight, most people don’t know our players, or that we have qualified for the World Cup. It’s a pity and we are trying to change that,” said Corduneanu.

“The only fans we have attending are some Romanians living in the UK and a few hundred travelling from home.”

Corduneanu says funding, or the lack therereof, is the big problem for the sport and that the fans are desperately trying to get more input into the grassroots of the game.

“Funding is a problem in Romania, not just for sport, but also in education, and sport is a form of education,’ said Corduneanu.

“We also have big funding problems in health and all the public areas. The funding is not going where it’s needed and we need to try to change this and get the public to change where funding goes.

“Romania is corrupt and we can’t rely on European funds, because they don’t get to the grassroots.”

This lack of funding has led to a serious dearth of playing numbers which is preventing the growth of the game across the country, says Corduneanu: “Our pool of players every year is shrinking, because children in the villages sometimes don’t even have the basic equipment – even rugby balls.

“For that reason we only have 4,000 registered players.” 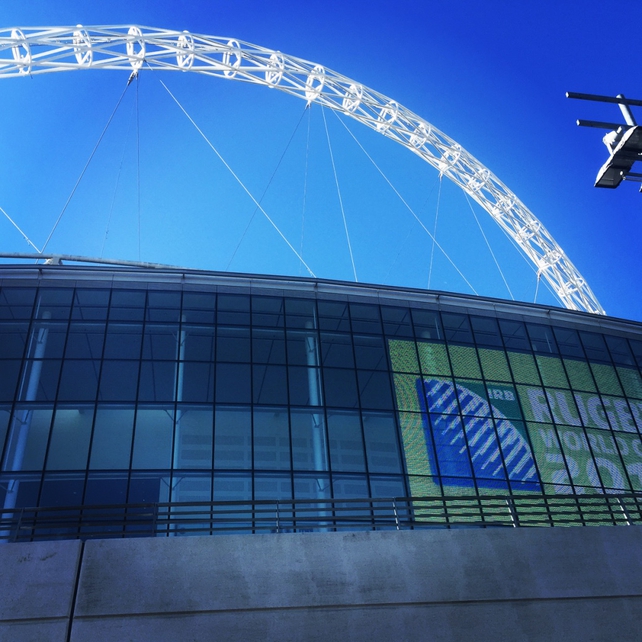 During the reign of Nicolae Ceausescu, the former President of Romania, rugby was the go-to sport, receiving major funding between 1974 and 1989; however, since the fall of communism in the country, rugby has become just another minority sport in Romania, which according to Corduneanu, is struggling to find a blueprint for the future, “There is no vision for the future. We need to move quickly and put a structure in place. We need private funding from companies to put club structures in place.”

She feels that Romania needs more game time against the top sides in order to gain valuable Test-match experience and close the gap between Tier 1 and Tier 2. In fact, she says that Romanian rugby fans are eyeing up Italy as a scalp, “I want to see us play in a European Championship in between the World Cup cycle and hopefully replace Italy in the Six Nations; we want to see eastern Europe play western Europe regularly.”