After Romania’s performance against France on Wednesday night, we can be certain there will no underestimating the Oaks this Sunday by Joe Schmidt’s Ireland.

Slated to be beaten out the gate by France, with the bookmakers slapping a -48 handicap on the eastern Europeans, Romania proceeded to show just why they've won the European Nations Cup four times.

Using a superb scrum and all-around forward game, Welshman Lynn Howells’ team ensured that France were denied the possession they needed to unleash their backs and cause real damage to the Romanian rearguard.

That Romanian platform left the teams tied at 3-3 after 30 minutes, and it took a concerted effort by Les Bleus to break their opponents. A final winning margin of 27 points was probably a little flattering to the French. 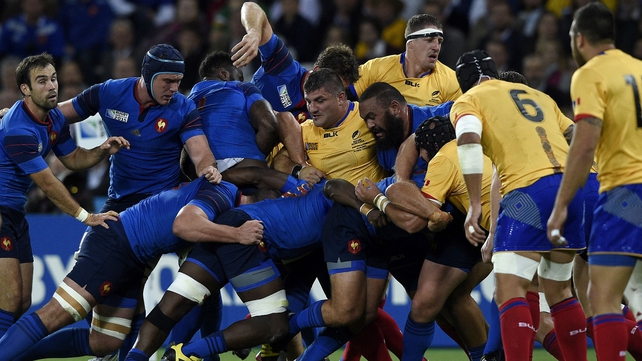 What was notable about Romania was that despite their pack platform, they failed to make inroads on the scoreboard against France with their territory and possession, despite having 43% and 45% respectively. Credit must be given to Philippe Saint-André’s side here as they stymied the Romanian attack, with the Oaks only claiming 163m with ball in hand, and two line breaks from that yardage. To give an idea of how paltry that return was in the clash, France managed 503m and nine line breaks throughout the tie.

Within that pair of statistics lies the key to taking four or potentially five points from Romania. Parity up front is essential, as well as ensuring the set-piece is squeaky clean, along with putting a quick platform from the breakdown in place. From there, going wide is the way to reap dividends, using quick ruck ball, combined with pulling the Romanian loose forwards and backline in tight, before exposing the space out wide.

It is simple and effective and we are likely to see Ireland’s back three of Simon Zebo, Tommy Bowe and Keith Earls get plenty of ball as they push for inclusion in round three against Italy.

That battle to get that platform starts at the scrum, where Romania use their props as daggers to attack both sides of the scrum and reap penalty rewards. Loosehead and tighthead Andrei Ursache and Paulica Ion (playing with Perpignan in the Top 14) will be Romania’s key men and Cian Healy and Nathan White will be given a thorough examination – the fitness benefits for Healy will be massive. 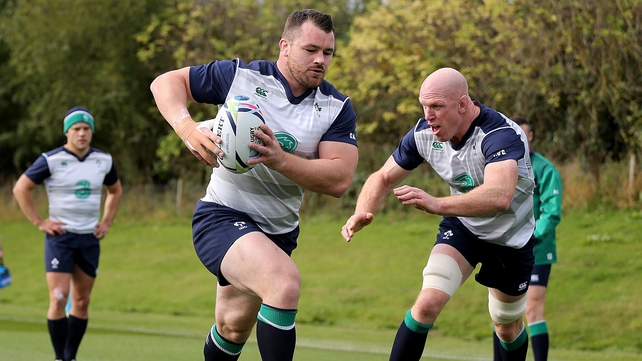 Devin Toner’s lineout influence should ensure Ireland get the upper hand in that set piece. And with those two platforms set the breakdown becomes key; Romania are likely to contest as much as possible, and attempt to slow the ball down, meaning that Ireland will likely have to commit in twos and threes and can-open the opposing ruck contenders. Speed is paramount here; Ireland were slow in arriving in the warm-up Tests but looked far more up to snuff against Canada.

The other key men in the pack to silence are lock Ovidiu Tonita (formerly of Perpignan and Biarritz) and their captain at openside Mihai Macovei (playing for Colomiers). That duo will be the lynchpins in the Romanian turnover game and also in the loose play around the fringes. Romania are without Valentin Ursache at blindside (currently on the books with Oyonnax) as he is suspended for one week for dangerous tackling against France. That greatly weakens their back row.

With those elements in place, Ireland should dominate the back line skirmishes. Ian Madigan and Eoin Reddan are clearly second-choice half-backs at present behind Conor Muray and Jonny Sexton, but this outing gives them a chance to push for inclusion and convince Schmidt they deserve at least 20 minutes to influence the game against Italy on Sunday week.

Madigan started at out-half against Romania’s main rivals in the European Nations Cup, Georgia, last November, and delivered one of the most complete performances of his career, blending good management with the unique box of tricks that no other current Irish player can equal. More of the same on Sunday and Ireland’s vastly superior back line will make hay.

One feels Jared Payne has been given game time at second centre in a bid to boost his attacking game. Defensively he has looked rock solid for Ireland since last season, but he hasn't quite clicked in attack. Schmidt’s likely thinking is that another 50 or 60 minutes will give him the opportunity to run some attacking plays.

Inside him Darren Cave will be chomping at the bit to make a mark, and while it’s unlikely he will do enough to force himself into the starting XV against Italy, he will likely cause problems for Romania’s midfield. 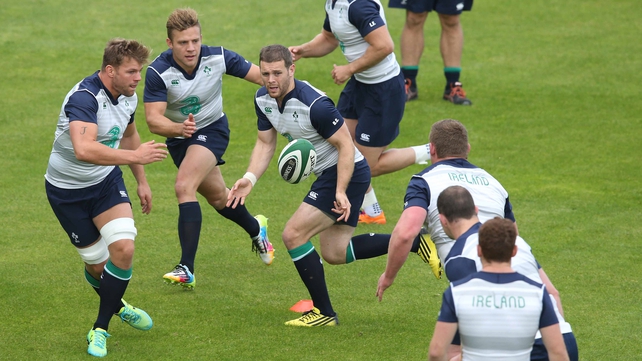 Where can Romania hurt Ireland in the 9-15 division? Catalin Fercu is dangerous at full-back, as is Ionut Botezatu on the left wing. But whether they will get anything near the possession they need to thrive is highly debatable. Half-back pairing Valentin Calafeteanu and Mike Wiringi will attempt to bring their wider players into the game, but they could well be feeding off scraps fed to them by their pack. 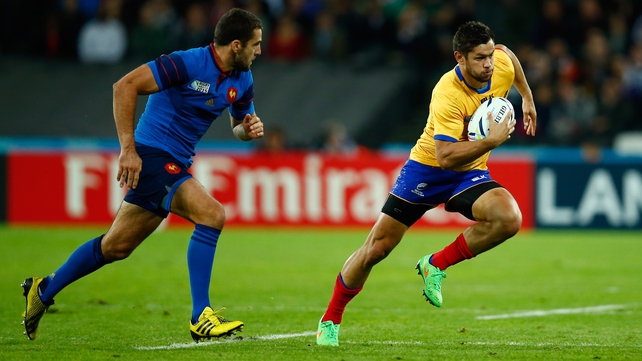 The most fundamental element underlining all of this is never to underestimate the underdog. This game is massive for Romania and a first win over Ireland, at the Rugby World Cup no less, would constitute the greatest moment in their rugby history. Everything is possible on any given matchday, Japan showed us that against the Springboks. But add in the kicker that Romania have just a four-day turnaround from their encounter with France, and you would have to say the odds are stacked against the underdogs in this one.

As for which back line member might shine, with Keith Earls just two tries away from equalling Brian O’Driscoll’s record as Ireland’s RWC top try-scorer with seven, he could be the man to make some firewood out of the Oaks this Sunday.

Prediction: Ireland to win by 35.