A veteran of the 2007 Rugby World Cup shambles, Shane Horgan knows more than most the importance of changing things up when it comes to team selection.

Eight years ago in France, a heavily fancied Ireland team under Eddie O’Sullivan started with an unconvincing win over Namibia before scraping past Georgia.

The side remained largely the same for the two subsequent pool defeats to France and Argentina.

The almost set-in-stone nature of the selection led to poor morale within the squad with fringe players knowing they would contribute little more than carrying tackle bags.

But former winger Horgan, who scored 21 tries in 65 appearances for Ireland, says lessons have been learned.

The @IrishRugby team went Alton Towers yesterday. And the photos are fantastic. https://t.co/FVscbaNgAG

“It’s really vital this second week that players get a run out, they get to contribute to what Ireland are doing and they feel as if they are part of the squad,” the Leinster man told RTÉ Sport.

“And they also feel as if maybe they can push their way into the starting 15 or [the match-day] 23.

“When you’ve got a team that are feeling as if they are all contributing, you feel that everybody is doing their little bit for Ireland. I think that’s huge for team spirit and moral so that’s a really important.

“If players don’t play this week it’s going to become very obvious to them that they are not going to be playing for the rest of the tournament and that becomes sort of debilitating.

"It feels as if they’re not contributing to the rest of the squad and the tournament.” 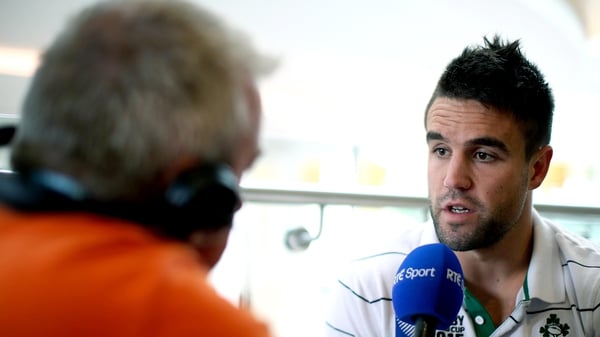