Coach Steve Hansen has challenged the New Zealand to raise the bar in their second Rugby World Cup match against Namibia (8pm), despite fielding a second-string side against the lowest-ranked team at the tournament.

The holders opened their title defence with a hard-fought 26-16 victory by their first-choice team over Argentina at Wembley and move across London to the Olympic Stadium to face the Africans in Pool C.

"One of the things that we pride ourselves on is trying to improve our performance from the previous one," Hansen told reporters.

"We have a line in the sand as far as the game against Argentina goes. The group going out on Thursday have to change that line to a higher performance level. It does not matter who we are playing."

Like every coach of a rugby heavyweight facing one of rugby's less powerful nations, Hansen was asked what lessons he has drawn from Japan's upset of the Springboks last weekend. 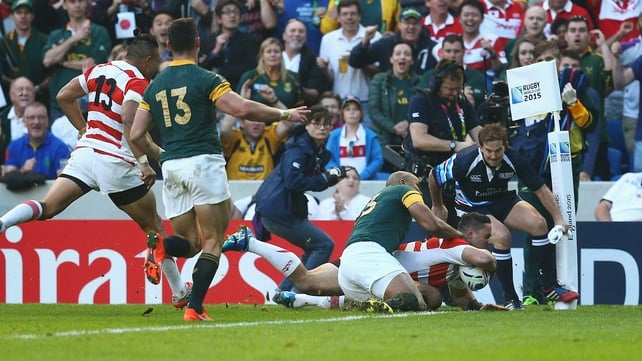 "We can't just assume that Namibia will lie down because they won't. They will be proud men and will come out and give it everything they have got," he added.

"We will give Namibia total respect because that's what they deserve as another playing nation. Rugby is a funny thing and sport is a funny thing. If you don't prepare properly then you can get a hiding."

Although the 20th-ranked Namibians have never won a match in four previous appearances at the Rugby World Cup, they do have a player that most teams at the World Cup would happily draft into their team in loose forward Jacques Burger.

"He is a pretty special player," Hansen said. "He is totally committed. If you are going to be in his part of the park and you are carrying the ball then you'd better get ready to get smashed."

Dan Carter opened the tournament at fly-half against the Pumas and Beauden Barrett will wear the New Zealand number 10 shirt against the Africans, which leaves Colin Slade as clearly the third choice stand-off.

Slade gets a chance to show his versatility at full-back and is happy to have a game, even if not being able to press his claim in his favourite position is a little frustrating.

"I leave it up to the coach, mate," Slade said. "I'm comfortable anywhere and just looking forward to the challenge. It's not ideal but you roll with it.

"We prepare well enough every week, regardless of whether we are playing. If I get that opportunity I am ready to go."