Coach Philippe Saint-Andre urged French rugby supporters to cast aside their doubts about him and rally behind his squad as they head to England this weekend for the rugby World Cup.

Saint-Andre, who faced widespread calls to quit in March after a lacklustre French showing in the Six Nations, said criticism went with the job and all that mattered now was that supporters united behind Les Bleus.

"For three and a half years it's been tough and complicated," Saint-Andre said on the eve of his team's departure for London and the tournament in which they were runners-up four years ago before he took over.

"I knew it would be and I accepted it. For three and a half years I donned the bullet-proof vest and I'm still here. What I really need now though is that all rugby lovers rally to the cause ... We're going to England.

"The English invented the game and this is going to be a hyper-mediatised World Cup with jam-packed stadiums."

France face Italy in their first match on September 19 and Saint-Andre said his goal was to win the group so they most likely meet Argentina rather than New Zealand in the knock-out phase.

"It's true that New Zealand don't like playing France in the World Cup but we are sticking to our goal of finishing first in group, by beating Italy, Romania, Canada and above all Ireland, so that we play Argentina afterwards," he told news channel i>TELE.

New Zealand won the 2011 World Cup with a dramatic 8-7 victory over Les Bleus in the final but the French players have often looked uninspired under Saint-Andre, finishing fourth inn this year's Six Nations behind champions Ireland and England and Wales.

Saint-Andre, who will stand down as coach after the World Cup, was shown amateur video footage of New Zealand supporters doing the team's traditional Haka dance on the airport tarmac as the All Blacks prepared for takeoff from Auckland to England.

"All the Air France hostesses are mobilised too, though I don't know if they will do the Haka," he joked. 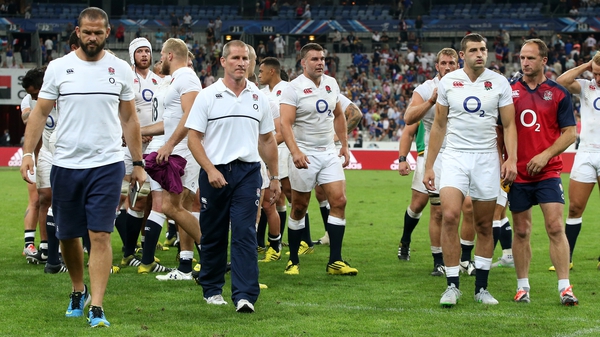