After months of deliberation and competition within the squad - and debate within the media and public - the Ireland 31-man Rugby World Cup squad has been decreed. And after labels of conservatism were put on head coach Joe Schmidt’s collar - despite the New Zealander becoming the first Irish coach to win back-to-back Six Nations titles -  he has gone and had the last laugh with some key selections that change the entire set-up of the Six Nations champions.

No 9 Isaac Boss’s poor display against Scotland means he is cut, with Joe Schmidt seemingly prepared to use Ian Madigan as a third scrum-half should he be needed. 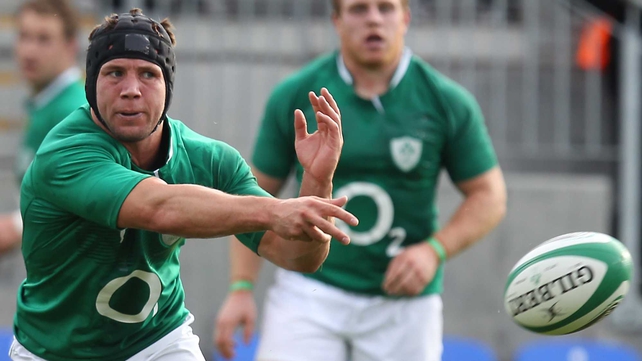 That extra space means Schmidt can draft in an extra replacement at centre in Darren Cave, who can play both 12 and 13. Amidst all the jostling for positions, few remembered Cave's impressive showing at first centre against Wales in the first World Cup warm-up, but that display seems to have put him on the plane to England. He also featured twice on the tour to Argentina in the summer of 2014, playing both inside and outside centre in successive Tests. His versatility in midfield ensured he bolted into the squad.

The other big loser in Felix Jones. He was ever present on the replacements bench in the Six Nations campaign and also featured twice in the RWC warm-ups but has been left out, meaning Schmidt goes with just one dedicated full-back in the form of Rob Kearney and three out-and-out wingers in Tommy Bowe, Simon Zebo and Keith Earls. It would appear Jones' lack of dynamism on the wing has worked against him. 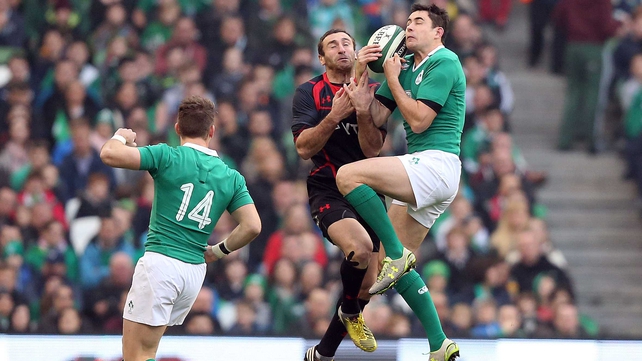 Then there is the kicker, with Andrew Trimble also left out, Schmidt can include both Luke Fitzgerald and Keith Earls as utility backs, along with the earlier mentioned Madigan.

Fitzgerald and Earls offer cover in the back three, as well as centre. Madigan potentially covers scrum-half, and definitely out-half, centre and full-back.

When one drills down into the squad selection like this it’s clear to see Schmidt’s thinking. The three utility backs offer huge depth of options for Schmidt and make it very difficult for the opposition to know exactly which combination the Ireland coach may opt for in the big games, essentially from Italy - in their third pool match - onwards.

If Murray or Reddan get injured then Ireland are light at No 9, but one can be sure Madigan is going to be getting plenty of practice in that slot over the next four weeks. He may even come on as a replacement in that position against Canada and Romania.

At out-half Madigan will also offer cover if Sexton or Jackson pick up an injury that keeps them out for a week or two but not the entire tournament.

Cave offers cover should Henshaw pick up a short-term injury and Ireland need another 12. If Payne collects a knock then second centre is covered by a raft of players: Henshaw, Cave, Earls, Fitzgerald or even Madigan can slot in there.

Similarly, if Rob Kearney were to be ruled out for a period of time, Madigan, Payne, Earls, Fitzgerald or Zebo can all slot into the sweeper role at No 15. Indeed Zebo could well start at fullback against Canada or Romania.

Essentially, Schmidt has pulled three selections out of the leftfield that present a very different squad then was widely expected and, promisingly, for those who have criticised the coach as too conservative in his first two years in charge, one that looks ready to attack frequently.

Up front, it’s largely as expected. Marty Moore’s foot injury means he stays in Ireland to recuperate. Nathan White and Tadhg Furlong get the nod. White didn't overly impress in the green jersey in the last two warm-up matches, while we saw but a glimpse of Furlong last Saturday as he made his debut. However, with Moore out and Michael Bent, in truth, the weakest of the four options at tighthead, Schmidt's hand was forced to some extent. 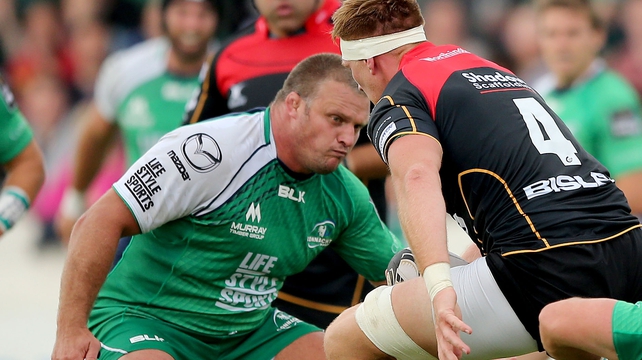 Furlong is an immense talent and was earmarked him to make this squad more than a year back; whether it's too soon in his development to make a RWC match day squad remains to be seen, but he is sure to learn much from the experience.

Lock Dan Tuohy’s poor showing against Scotland cost him his chance and Iain Henderson’s immense display against Wales last Saturday makes him not just cover for lock and back row, but a potential starter at lock instead of Toner. Schmidt must decide whether Toner’s world-class lineout ability outweighs Henderson’s dynamism around the park. That battle will be one of the main talking points over the next month.

It's the ball-carrying impact of Cian Healy that sees him included. He has yet to feature yet this season, and is believed to still be regaining fitness. But if he can accumulate game time slowly and be match fit for the France clash in round four then he must be included. Jack McGrath will likely start the tournament as first choice looshehead with Healy being used as an impact replacement for the last 20 minutes of games. We may even see Healy feature in this role as early as this weekend against England at Twickenham.

If injury proves too much and he must be removed from the squad Dave Kilcoyne will come in as a like-for-like replacement. Perhaps the most unlucky player in the extended squad, Kilcoyne is a wonderfully complete player that – like Healy – runs at defences like a barrel-chested, wild baboon. We have not seen the last of him in an Ireland jersey by any means.

The defining feel of Schmidt's squad is versatility. And with such an array of attacking options included in the final roster the sentiment now will be that the Ireland coach is preparing to unleash some attacking strategies that have been kept up his sleeve in his first two seasons in charge.

What do you think? Has Joe Schmidt got his squad selection right?