It was far from a vintage Irish performance against Scotland at the Aviva Stadium on Saturday. But it was job done.

The balancing act of Word Cup warm-ups is to ensure management get to see enough of their charges to make a call on those final four or five places in the squad that are up for grabs, and also run structures and ideas in games. All of this needs to be done, while maintaining – hopefully – a winning run.

And to that end Saturday’s victory over Vern Cotter’s team was a pleasing one. By rotating 14 different men into starting slots from last weekend’s more impressive victory Wales in Cardiff, much has become clearer about those final places in the 31-man Rugby World Cup squad, and Ireland have now recorded three wins on the bounce.

Ian Madigan’s performance was the main talking point as the crowd streamed out onto the Dublin streets on Saturday evening. Paddy Jackson had put the pressure on Madigan with an assured performance last weekend and the Leinster man responded in style. His outing at stand-off was virtually flawless, bar blotting his copy book with a late missed penalty which would have put the game to bed. But his vision, distribution and accuracy were superb and he looks virtually nailed on after Saturday. The fact he slotted in at fullback for the injured Simon Zebo at the end also highlighted his versatility and that is perhaps his greatest selling point. As well as being a viable stand-off, his impact as a replacement at full-back or centre cannot be underestimated. 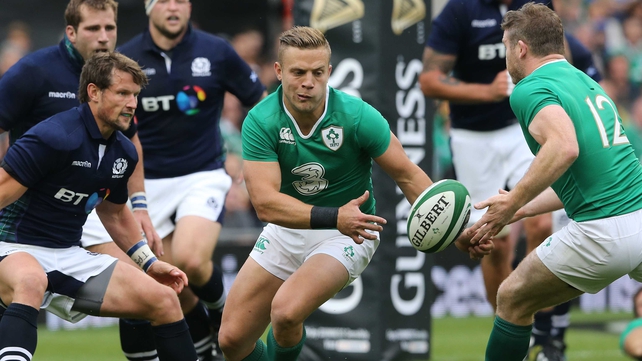 Zebo also put his hand up. The talk of the Munster star over the course of last season was that he was a lazy player that performs in fits and starts when the mood takes him. There was none of that on Saturday as he shone in defence and sang in attack. His fielding of high balls and positioning was nigh-on perfect, and when he got the chance to attack he did so with excellent angles without running down isolated blind alleys. It was a much more impressive display than any of his Six Nations outings last season. 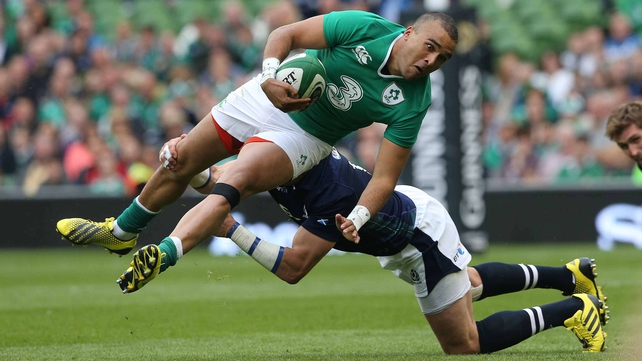 The back three slots are hugely contested in the final squad with Rob Kearney, Felix Jones, Tommy Bowe, Luke Fitzgerald, Zebo, Andrew Trimble, Dave Kearney, Keith Earls, Fergus McFadden and Craig Gilroy all vying for inclusion. With the first four mentioned seemingly on the plane to RWC 2015 already, there could just be one further spot in that division available. To that end Zebo has surely jumped the pecking order into that fifth slot.

There are other options available to Schmidt, such as leaving Jones at home and using Zebo as the fullback cover, therefore freeing up a slot on the wing for, potentially, Trimble. Or, if the Ulster winger fails to recover from his foot injury, then Dave Kearney. The Leinster winger’s cameo off the bench on Saturday was superb as he scythed through the Scottish defence in the lead-up to Zebo’s try. But 21 minutes off the bench won’t be enough to force his way into the squad. He needs a starting slot against Wales at the Aviva on 29 August to prove himself and the likelihood is that Schmidt will give him that chance at the very least. 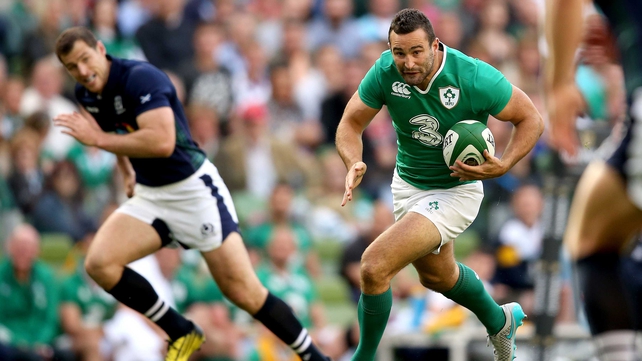 As for centre, Gordon D’Arcy looks to be competing for the cover spot to Robbie Henshaw at 12, but after that performance, which was suspect in defence and largely absent in attack, there appears to be no guarantee. His experience is huge and it would no doubt be an asset to Ireland in camp, but with Madigan likely to go as cover at centre, and Jackson filling the second out-half slot, space is at a premium in midfield. Keith Earls' showing against Wales in Cardiff has surely played him into the final 31 meaning D’Arcy needs a final chance to impress against Wales. However, he may have lost that right after Saturday’s performance.

Similarly, at scrum-half, Isaac Boss was not at his best, with poor decision making a feature. Kieran Marmion is the man putting him under pressure for that third scrum-half spot, but was released back to Connacht prior to the Scottish clash. Experience may mean enough for Boss to survive the cut but Marmion would have been disgruntled not to have been afforded the chance to shine off the bench on Saturday. 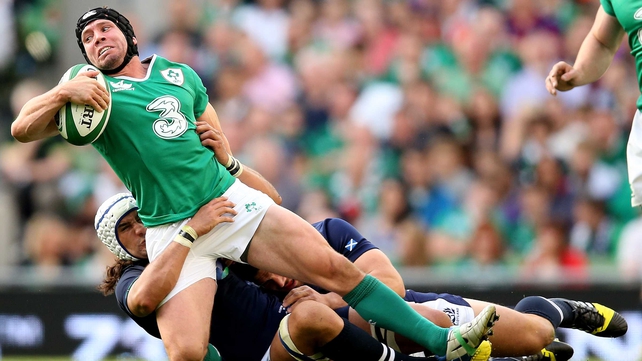 Up front, Dave Kilcoyne was the man who impressed the most. With ball in hand he’s a wrecking ball and got a few chances to show that skill - bouncing off a number of tackles on a solo charge in the Scottish 22. However, with just two spots at loosehead on offer in the final RWC squad, Cian Healy must go if fit, with Jack McGrath as back-up. But should Healy fail to recover from his neck injury then Kilcoyne has nailed down the number 17 jersey behind McGrath.

Likewise, if Marty Moore fails to make it back from injury then Nathan White appears to have put up his hand to claim the extra spot at tighthead. He needs to start against Wales to get a full test but his solidity is what Ireland crave in a position with not very many options.

In the second row Dan Tuohy was poor and gave one of his weakest ever displays at international or provincial level. That said, he may yet surive the cull, with Paul O’Connell and Devin Toner nailed on, and Donnacha Ryan set to take the first cover slot at lock, there could be another spot up for grabs. If Schmidt uses Iain Henderson as cover at blindside and Chris Henry as cover at openside then there is a potential opening for Tuohy to claim a lock cover spot. Tommy O’Donnell’s injury opens up an opportunity that may not otherwise have been there for Tuohy as Henderson would surely have gone to England as second row cover had O’Donnell not dislocated his hip.

Two games remain of this quartet of warm-up Tests and things are certainly becoming clearer.