Mark O'Donovan and Shane O'Driscoll claimed gold and Denise Walsh landed silver at the World Rowing Cup event in Belgrade but Olympic silver medallists Gary and Paul O'Donovan were edged out of the podium places in fourth.

The races in Belgrade were the first of three World Cup events, with overall winners being crowned after further regattas in Poland and Switzerland over the next two months.

O'Donovan and O'Driscoll were first home in the lightweight men's pair, leading from before halfway to beat a small field of four boats in a time of 6:46.650. Russia were second, with Great Britain third. 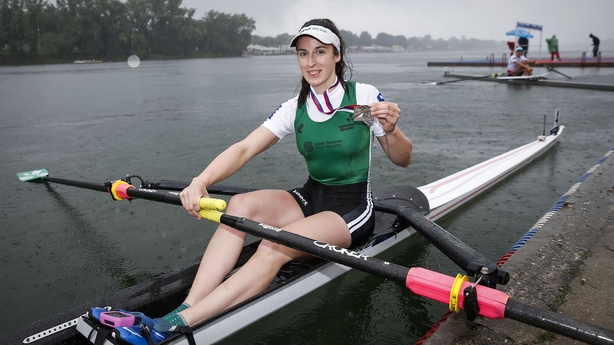 Their fellow Skibbereen rower Denise Walsh was then second in the lightweight women's single sculls final, battling back superbly to move from fifth to runner-up over the closing stages.

She finished in a time of 7:56.240, just under four seconds behind winner Patricia Merz of Switzerland.

Irish rowing's Olympic stars, Gary and Paul O'Donovan, were forced from the limelight by their clubmates as they finished fourth in a very competitive lightweight men's double sculls final.

The Cork brothers finished in 6:27.120, just a second and a half behind winners Peter Chambers and Will Fletcher of Great Britain and half a second behind the Polish pair in third.

Sanita Puspure was fifth in the women's single sculls final in a time of 7:36.200, over eight seconds behind runaway Swiss winner Jeannine Gmelin and three and a half seconds off third place.