Gary and Paul O'Donovan have been named as the RTÉ Sport Team of the Year.

The Olympic silver medalists were the story of the Rio Games, winning a silver medal in the lightweight double sculls, and their honest and light-hearted interviews were popular the world over.

Paul told viewers that while 2016 was a never-to-be-forgotten year, they already have their sights set on even more success in 2017.

"We’re young yet, we’re only starting out hopefully," he said. "We’ve got a taste of success now, so we’re going to capitalise on it."

When asked about their humorous interviews, Gary insisted that they did not change when they went to Rio, just simply that they had a larger audience.

"It’s funny the way it has worked out because we’ve been doing regattas all our lives, it just so happened that RTÉ turned up to this regatta."

Earlier in the night Stephen Kenny was named as the RTÉ Sport Manager of the Year.

Anthony Foley was inducted into the Hall of Fame, while Conor McGregor collected the RTÉ Sport Sportsperson of the Year.

The O'Donovan brothers named the RTÉ Sport Team of the Year https://t.co/arWphRIW8E 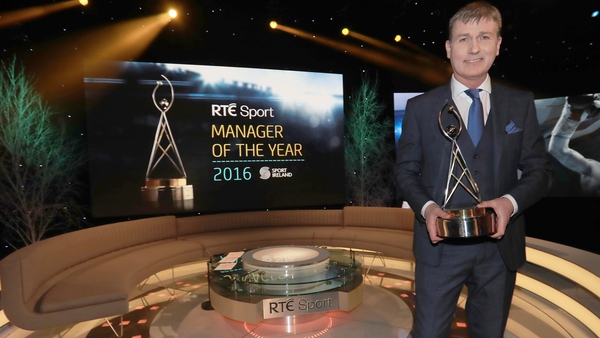