Irish brothers Paul and Gary O’Donovan claimed gold at the European Rowing Championships in Germany on an impressive day for Irish competitors.

The pair claimed first place with a stunning performance in the A Final of the lightweight double sculls, while Sanita Puspure put in a strong display in very difficult conditions to finish third in the Women’s Single Sculls Final.

The O’Donovans took more than two and half seconds off their semi-final time to overhaul leaders Norway with a speedy final quarter on a windy day for all competitors.

They finished in a time of 6:57.760, ahead of Germany in second, with Norway forced to settle for bronze.

The Skibbereen brothers, who have qualified for the Olympic Games, won silver at the World Cup Regatta in Italy last month.

Puspure finished with a time of 9:44.770behind Austrian winner Magdalena Lobnig and Latvia’s Elza Gulbe in second place.

The results moved Ireland to sixth place overall in the medal table. 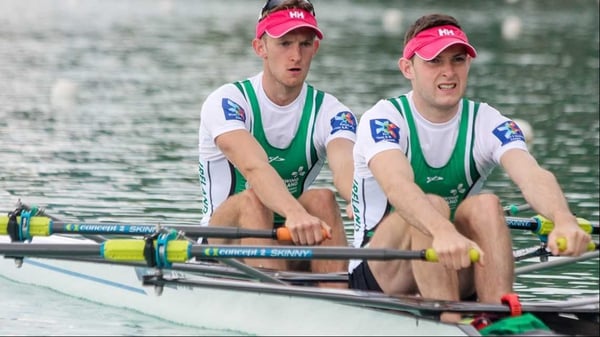