Gary Moore believes he has no option but to campaign Editeur Du Gite as a top two-mile chaser following his shock victory in the Desert Orchid Chase - although he has suggested he could skip the Queen Mother Champion Chase in favour of Sandown's Celebration Chase.

The eight-year-old has now won five times over fences, but the only other time he has landed a telling blow in graded company was in Aintree's Red Rum Handicap Chase in the spring of 2021, and he was producing a career best when causing a 28-1 upset in Tuesday's Kempton Grade Two.

Editeur Du Gite delighted his trainer with a fine round of jumping and galloping from the front in the hands of Niall Houlihan - winning right-handed for the first time in the process and scoring on ground described as worse than good to soft for the first time since his days racing in France as a four-year-old.

"I was highly delighted, any win is great, but a decent one like that for everybody is really special," said Moore.

His next outing will be in the Game Spirit at Newbury before a decision is made on his Cheltenham Festival participation, with the Sussex-based handler far from convinced he is a genuine Champion Chase contender.

Moore could be tempted to keep his charge fresh for Sandown on the final day of the season instead, depending on conditions at Prestbury Park.

Asked whether Editeur Du Gite could be classed as a Champion Chase contender, Moore said: "Personally, unless all of a sudden he has improved a lot, I don't really think so. On Tuesday's performance yes, but on his past performances no.

"There's nowhere else to go, so he'll go now for the Game Spirit, which is going back left-handed. Then it will either be Cheltenham for the Champion Chase, which could could be a waste of time if Energumene turns up, or otherwise it would be saving him for the Celebration Chase at Sandown - let them all run their races in the Champion Chase then we can go to Sandown.

"I could do that (wait for Sandown) and it will be my say, but everyone loves running at Cheltenham. For me though, a lot will depend on what the ground is like there (Cheltenham)." 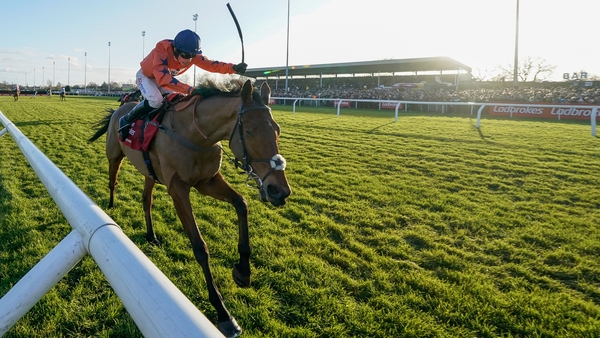