Facile Vega maintained his unbeaten record with a foot-perfect display on his eagerly-anticipated hurdling debut at Fairyhouse.

As a son of six-time Cheltenham Festival heroine Quevega, the Willie Mullins-trained five-year-old carried all before him in the bumper sphere last season - winning each of his four starts including big-race triumphs at the Dublin Racing Festival, the Cheltenham Festival and the Punchestown Festival.

He was unsurprisingly a very short price to make a successful transition to the jumping game in division two of the Fingal Ravens Raceday Maiden Hurdle - and anyone tempted by the odds of 1-9 will have had few concerns.

With Paul Townend taking over in the saddle from the trainer's son, Patrick, Facile Vega travelled supremely well and jumped accurately throughout the two-mile contest, before starting to go through the gears swinging for home.

Once given his head, the son of Walk In The Park readily extended clear, passing the post with 14 lengths in hand over An Mhi. 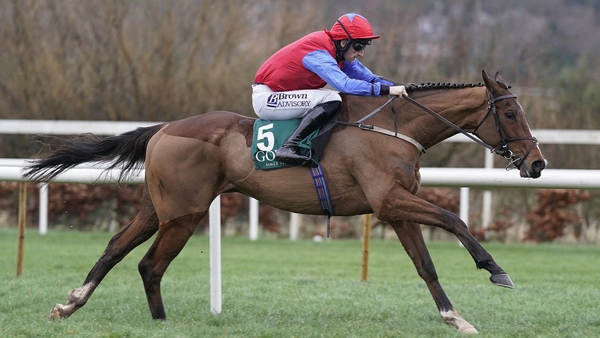