Honeysuckle will face a maximum of eight rivals as she bids for a record-breaking fourth win in the Bar One Racing Hatton's Grace Hurdle at Fairyhouse on Sunday.

Limestone Lad, Solerina and Apple's Jade all recorded a hat-trick in the two-and-a-half-mile feature, but should Henry de Bromhead's star make a winning return to action on Sunday, she will stand alone as a four-times victor.

The eight-year-old's 16-race unbeaten record is also on the line, but De Bromhead believes his dual Champion Hurdle winner is ready for action in the Grade One highlight.

He said: "She's great, not a bother on her. She's really good and seems in good form. Everyone seems happy with her.

"She's done everything she needed to do more or less, she seems good, seems in good form and all is good, we're happy."

Echoes In Rain finished three lengths behind Honeysuckle when the pair were last seen in the Punchestown Champion Hurdle and that mare is part of a possible three-strong challenge from Willie Mullins.

Joseph O'Brien's recent Cheltenham winner Banbridge is one of 16 in contention for the Bar One Racing Drinmore Novice Chase - a race in which Mullins and Elliott are also well-represented.

Mullins has the pick of Adamantly Chosen, Authorized Art, El Barra, Gaillard Du Mesnil and Shadow Rider in the Grade One, with Three Stripe Life, Minella Crooner, Hollow Games and Mighty Potter giving Elliott a strong hand to choose from.

The third top-level event on the card is the Bar One Racing Royal Bond Novice Hurdle, for which 11 have stood their ground.

Marine Nationale is unbeaten in three for Barry Connell while Mullins has left in Ashroe Diamond, Champ Kiely, Hercule Du Seuil and Polo Lounge - all of whom have won at least once already this term.

Watch the Fairyhouse Winter Festival live on RTÉ One and RTÉ Player on Sunday from 1.10pm. 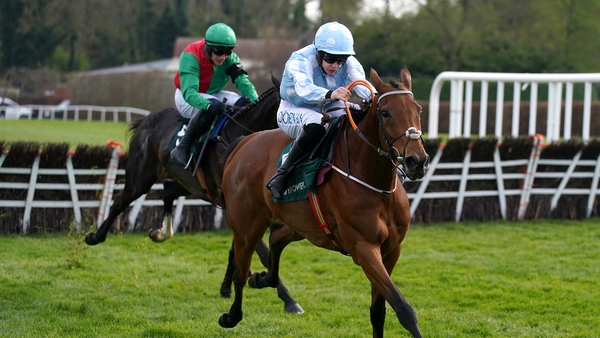