RTÉ Racing presenter Jane Mangan paid tribute to the late Jack de Bromhead, saying the that the young jockey was a "future star".

The 13-year-old died in an accident at Glenbeigh races in Co Kerry on Saturday.

In a statement on Sunday, the family said Jack was "not only the perfect, funny, loving son but also an incredible, loving brother to our beautiful daughters, his twin sister Mia and his little sister, Georgia".

"He always had their back and was fiercely loyal and kind. Our hearts are truly broken."

Speaking to Morning Ireland earlier today, Mangan said the news was "very hard to digest" when it emerged on Saturday afternoon.

"Like everyone else, you're trying to process it. I know when the news started to break around the industry on Saturday afternoon, it was very hard to digest.

"Accidents and tragedies are unavoidable. But when you think of a child and a child's family, it's really tough.

"It puts everything into perspective. We've a lot of complaints in everyday life, professional and personal. But it doesn't get any harder than this and you couldn't but be thinking of the family at a time like this."

Jack was a son of the famed Waterford horse trainer Henry de Bromhead and was interviewed by RTÉ Racing's Brian Gleeson at Punchestown, discussing Honeysuckle, the two-time Champion Hurdle winning mare ahead of her final race.

"It's hard to believe he was 13 listening to that clip back in April. That was before she (Honeysuckle) went out for her final race in Punchestown. He was already making his own impact on the industry, hard to believe at such a young age. He was a regular beside his Dad at the races.

"You could see he was so engulfed by the sport and so passionate about his horses. In the pony racing circuit, he was already gaining a reputation for being a future star.

"When you get news like that, it knocks you out."

Mangan finished by reading from a portion of the statement released by the de Bromhead family on Sunday, saying the thoughts of everyone were with them.

"Jack was a one-of-a-kind child who touched all of our lives in the best possible way. He will always be cherished, always loved. Frozen in time as a beautiful young soul.

"For Henry, for Heather, for his twin sister Mia and Georgia and their existing family, our thoughts are with them at this time."

The young jockey was taking part in what is known as the flapper races on Rossbeigh beach, a popular two-day event held every year at the scenic Co Kerry location. The racing event was cancelled following the accident on Saturday evening. 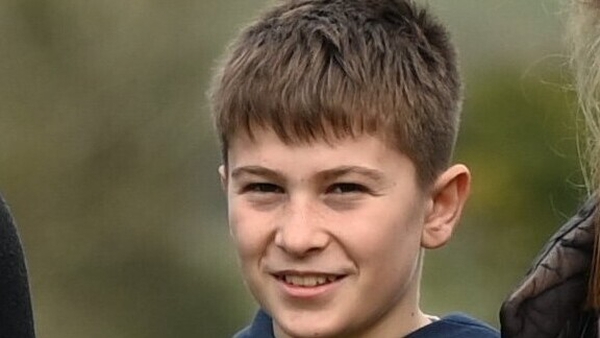