Little Big Bear and Blackbeard give Aidan O'Brien a formidable hand in his bid for a remarkable 17th victory in the Keeneland Phoenix Stakes at the Curragh on Saturday.

Johannesburg (2001), George Washington (2005), Mastercraftsman (2008), and Caravaggio (2016) are among the previous winners of a juvenile Group One the trainer has dominated over the past 25 years.

By his own lofty standards the Ballydoyle maestro has endured something of a lull in the prestigious contest, having not trained the winner since Sioux Nation struck gold in 2017, but he appears intent on adding to his tally this weekend.

Little Big Bear, who supplemented success in the Windsor Castle at Royal Ascot when dominating his rivals in the Anglesey Stakes at the Curragh three weeks ago is the choice of Ryan Moore.

He is joined by another son of No Nay Never in Blackbeard, who was last seen accounting for stablemate The Antarctic – a winner in France earlier this week – in the Prix Robert Papin at Chantilly.

O’Brien said: "We’ve been happy with both since their last runs.

"We’re very happy with the horse that went to France (Blackbeard) and happy with the one that won at the Curragh (Little Big Bear). Everything has gone well with both since their last runs.

"They are both improving with each run and they are coming forward nicely, we think.

"The two won very nicely the last time so you’d have to be very happy with both, really."

O’Brien is unlikely to have things all his own way, with Bradsell and Persian Force – first and second in the Coventry Stakes at the Royal meeting – both making the journey from Britain. 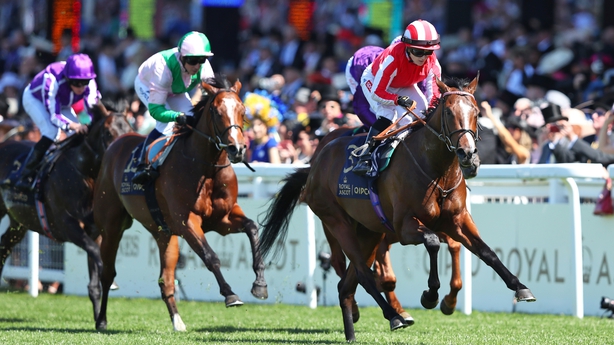 Archie Watson has made no secret of the regard in which he holds Bradsell, who bolted up by nine lengths on his debut at York prior to his authoritative display at the showpiece Ascot meeting.

The Upper Lambourn handler is anticipating another bold showing from the colt, who is owned by Victorious Racing.

"Archie is very happy with him, it seems to be a very hot race with Little Big Bear running so we’ll find out on the racecourse," said Bahrain-based Fawzi Nass on behalf of connections.

"Archie is happy with the horse and the ground, the form has worked out well and if he can replicate his performance at Ascot then I think we might be in good shape.

The Richard Hannon-trained Persian Force has a length and a half to find with Bradsell on Royal Ascot form, but has since bounced back to winning ways in the July Stakes at Newmarket.

Emily Scott, racing manager for Persian Force’s owners Amo Racing, said: "I was at the yard on Wednesday and Richard was very positive about the horse.

"It’s a small, but select and strong field, we go there with a lot of confidence that we’ve got a very nice horse and if he’s come forward from Ascot as much as Richard thinks he has, hopefully he can put it to Bradsell and the O’Brien duo.

"He should have a great chance and as Richard said to me, whatever beats him, if anything beats him, is going to be good."

Further strength in depth is added by Johnny Murtagh’s Shartash, who earned his step up to the highest level by touching off Blackbeard in the Railway Stakes over the course and distance.

Joseph O’Brien’s outsider Apache Outlaw, beaten little over a length into third place in the Railway, completes the line-up.