Favourite Allaho stepped up in trip and slammed his rivals in an impressive display in the Ladbrokes Punchestown Gold Cup.

The dual Ryanair Chase winner had not run over three miles since meeting with defeat in the Savills Chase of 2020 – and in the interim he has well and truly shown himself to be the best chaser in training over two and a half miles.

Willie Mullins even dropped him in distance to two miles at this meeting last year, but following on from another dominant performance at Cheltenham the champion trainer was confident enough to go up in trip.

Paul Townend rode him as if there was absolutely no doubt about his stamina and so it proved.

Last year's winner Clan Des Obeaux and Harry Cobden were determined not to allow Allaho an easy lead and raced with him for the first two miles, but from a long way out Townend began to wind up the pace.

It proved too much for Minella Indo who was pulled up a long way from home, while Galvin was another well-fancied runner who never got on terms.

Al Boum Photo and Kemboy, stablemates of the winner, both travelled well for a long way but from three out were chasing in vain.

Townend was still on the bridle as he popped over the second-last when Clan Des Obeaux looked tired and a mistake from Kemboy cost him any chance.

Allaho got in tight to the last – his only slight mistake – but the 6-5 favourite had 14 lengths in hand over Clan Des Obeaux, who deserved plenty of credit for attempting to make a race of it. Al Boum Photo was third.

Mullins said: "Paul didn't take any prisoners there, he told me he was going to jump out and he said to me 'he’ll stay won’t he?’, to which I replied ‘of course he will!’.

"So that was his plan, Al Boum wanted to jump out too and so did Kemboy, but Paul said he wanted to jump out over the first two and see who would be with him and ride a race from there. As it turns out only Clan Des Obeaux was able to stay with him.

"Bryan Cooper rode Al Boum Photo and said he’d never ridden in a faster Gold Cup in his life, it was end-to-end and good to see.

"He just got beaten as a novice at Cheltenham over three miles when he was up in front taking something on, but he’s a lot more mature now.

"I don’t know about the King George, I’ll talk to Richard Thompson (of Cheveley Park), but that opens up a lot more options for him now. You could probably say King George the way he jumps.

"He’s some engine and I just hoped he could do what he did there today. I was a bit worried he could only do that over two and a half, but now he can do it over three and he’ll be more mature next year. He’s only eight.

"We’ve Galopin Des Champs as well (for the Gold Cup) but we know from experience, hopefully they’ll be there next spring. In the jumps game horses don’t always come round the following season, hopefully these two do. We’ve Capodanno after yesterday as well.

"I don’t know about three and a quarter (miles) for Allaho, but I do think he’s better going left-handed. That extra quarter-mile is tough when you know what he can do over two and a half." 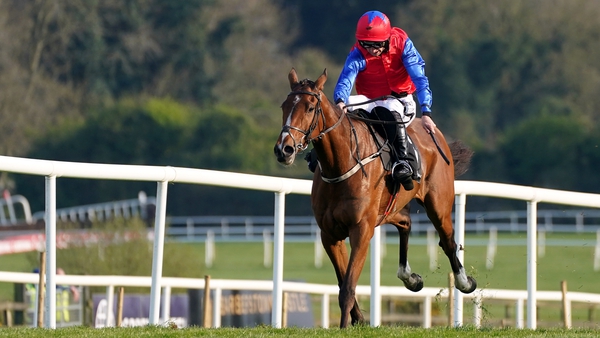