Clan Des Obeaux will face eight rivals as he goes for back-to-back victories in the Ladbrokes Punchestown Gold Cup, the highlight on day two of the Festival meeting.

Paul Nicholls' charge kept on strongly to outgun Al Boum Photo in the hands of Sam Twiston-Davies 12 months ago, but it is Harry Cobden who rides the 10-year-old time around.

Having started his season with a silver medal in the King George VI Chase, Clan Des Obeaux was slightly underwhelming when finishing third in the Denman Chase in February.

However, the horse part-owned by former Manchester United manager Alex Ferguson as back to his very best when recording consecutive victories in the Betway Bowl at Aintree earlier this month and his handler is looking forward to this attempt at a spring double.

"We're always made very welcome. We love it and in the future, maybe we'll have even more to come. If we have the right ones, we'll be there," said Nicholls.

"It's about running the right horses in the right races. We thought that the Ladbrokes Gold Cup would suit Clan and that's why we're coming back again this year. It's going to be a tough old race with Allaho and he had a harder race at Aintree than last year, but it was a career best in many ways.

"But this race suits him, the track suits him and the way he ran last year shows it suits him and you've got to target those races for him."

Nicholls added: "It's a waste of time running him around Cheltenham. He hates it, as Silviniaco Conti did, but you've got to run them in the right races, as we did bringing two horses to Punchestown last year and they both won."

Dual Ryanair Chase winner Allaho returns to three miles for the first time since running in the Savills Chase in December 2020. Since then the market leader has tasted defeat only once, when dropping back to two miles at this meeting last season.

This time though, he is heading in the other direction, with trainer Willie Mullins' son and assistant Patrick saying: "His options are limited. We didn't go to Aintree as he put in a huge performance at Cheltenham and we thought asking him to come back that quick would be tough.

"When we have two good horses in the two-mile race, the Gold Cup over three miles at Punchestown would look the obvious race for him to go to.

"It's not like he doesn't stay three miles, he is just probably at his optimum over two and a half miles, but he is still a very good horse over three miles.

"I do think he is a better horse going left handed as he does adjust to his left, but I wouldn't be surprised if he could win a Punchestown Gold Cup."

Allaho is one of five Closutton runners in the race with Al Boum Photo, runner-up in both 2019 and 2021, also looking to give Mullins a fifth Gold Cup victory in the last 10 years.

"He ran alright at Cheltenham. I think it turned into a bit of a sprint which obviously suited A Plus Tard and it didn't suit our fella - not that it would have made any difference," added Patrick Mullins.

"I think he ran quite well and he ran really well (at Punchestown) last year when he was second to Clan Des Obeaux. I just wouldn't forget about him, he hasn't suddenly become a second-class horse."

Others in the mix from Closutton include Janidil, King George hero Tornado Flyer and 2019 winner of this race Kemboy, although Henry de Bromhead will also be hoping he has a fine chance of adding a Punchestown Gold Cup to the Champion Hurdle and Champion Chase trophies he has already won at the Kildare track.

His Minella Indo had only stablemate A Plus Tard ahead of him in the blue riband at Prestbury Park and De Bromhead is hoping this could be the day his 2021 Gold Cup champion returns to the winner's enclosure.

"He ran a great race in the Gold Cup to be a clear runner-up, he's in really good form and seems to thrive at this time of year. We're really looking forward to getting him out," analysed the County Waterford hander.

"He beat Allaho a couple of years ago in the three-mile novice hurdle at Punchestown but missed out on following up on his Cheltenham Gold Cup win last year with a stone bruise.

"We know he likes the track and that he enjoys this time of year."

Savills Chase winner Galvin stayed on into fourth in the Cheltenham Gold Cup and will be best suited if this turns into a test of stamina.

Galvin's trainer Gordon Elliott won the race seven years ago with Don Cossack and the Cullentra House handler said of the eight-year-old: "Galvin is in great form. We had him on Mornington beach at the weekend just giving him a day away and keeping him fresh, but he seems to be in good order since Cheltenham.

"This is a proper Gold Cup on Wednesday and it'll be a tough race but since he won at Punchestown at the start of the season and went on to win the Savills at Christmas, Galvin has earned the right to be a Gold Cup horse.

"My best day at Punchestown was when we won the Gold Cup there with Don Cossack and hopefully Galvin will run a big race. If he was to win it would be a great way to end the season, but we are looking forward to seeing how he goes."

Stretching out to three miles once again is Fakir D'oudairies, who similar to Allaho, is perhaps best over shorter, but is limited in options at this season-ending fixture.

The seven-year-old landed back-to-back victories in the Melling Chase at Aintree earlier this month and bids for a hat-trick of Grade One prizes following his success in the Betfair Ascot Chase before that.

"He has been good since winning at Aintree. We decided to sidestep Cheltenham in favour of the Melling Chase and that decision paid off and I thought he did it well," said trainer Joseph O'Brien.

"He has come out of the race well and we're looking forward to lining up at the Punchestown Festival now." 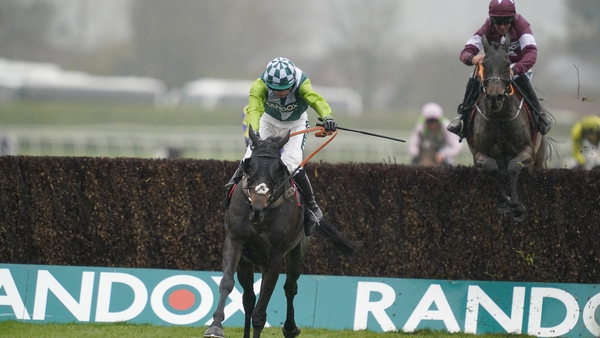