Eight runners have been declared for Saturday's Paddy Power Irish Gold Cup at Leopardstown, with Paul Nicholls' English raider Frodon and last year's winner Kemboy disputing favouritism for the feature on the opening afternoon of the Dublin Racing Festival.

Paul Townend feels the presence of Frodon could be a help to Willie Mullins' defending champion.

Both horses like to be ridden prominently and Townend is of the belief that a bit of company on the front end will prevent Kemboy from idling.

Kemboy's record at Leopardstown is exceptional, but Townend has never actually won on him there.

"His course form is very good and he ran a cracker there at Christmas as well," said Townend.

"He’s knocking on the door in this and while I haven’t been on his back for any of his wins there, I hope I can make up for that this time around.

"He just seems to come alive there and loves it there. I think at this stage of his career, a horse like Frodon being in there will actually be a help rather than a hindrance.

"He was looking for a bit of company, I felt, at Christmas, so it will probably help him a bit more this time.

"I’d imagine we won’t be giving anything away at the start, it depends how fast they want to go with the other horse. He is growing up in his old age and hopefully we can get him in a nice rhythm."

His stablemate Vauban is also vying for favouritism in the Racing TV ’12 Euros Per Month This Weekend Only’ Spring Juvenile Hurdle despite being beaten on his only outing to date, however, that was against easy Cheltenham winner Pied Piper.

"We like him a lot. We were disappointed when he got beaten but delighted to see what Pied Piper has done since," Townend told Nick Luck’s Daily Podcast.

"I suppose we lack experience, so it’s going to be difficult for him as Fil Dor has the experience, but we like ours a lot and think he has come on plenty for his run at Punchestown. He’ll probably come on again for the experience this weekend.

"It was a proper race last time, he’s schooled well since and his jumping has sharpened up, which we hoped it would. Gordon’s (Elliott) is the form horse but our horse is full of potential."

With Ferny Hollow sidelined, Townend’s big hope in the Irish Arkle is now Blue Lord, but he is wary of Elliott’s Riviere D’etel, who pushed Ferny Hollow all the way at Christmas.

"It’s going to be a competitive race. While the mare had a very hard race the last day, I don’t think she gets the credit she deserves for it," said Townend.

"She has all the experience and we have to give her plenty of weight. I think she’s the forgotten one in this division.

"He’ll know he’ll have had a race Saturday evening for sure but he’s had plenty of racing over hurdles, keeping good company.

"They took out fences the last day which wasn’t ideal, but we’ll see where he fits in after this. Our other two have looked very good as well, Saint Sam and Haut En Couleurs."

One Mullins horse on a recovery mission this weekend is Chacun Pour Soi in the Ladbrokes Dublin Chase.

Beaten at Cheltenham and Sandown on his two trips to England, the fact he has a home game this weekend is in his favour against Tingle Creek winner Greaneteen.

"I love riding him. He disappointed me in Cheltenham and he disappointed in the Tingle Creek, but the feeling he gives on tracks like Leopardstown and Punchestown is as good a feeling as you can get," said Townend.

"Once he gets out there, I look forward to it as he’s a real thrill to ride.

"Travelling is the obvious thing to point at because he’s disappointed twice, but he doesn’t have to travel this weekend."

Galopin Des Champs is another Townend mount set to go off at short odds in the Ladbrokes Novice Chase after a sparkling chasing debut.

"He was very good and you couldn’t knock anything he did, but this will be a much stiffer task. Not taking anything away from him, but he’ll have to go and do it again," said Townend.

"He doesn’t lack speed and the way he jumps, he’s definitely not a plodder. We’ll know more after the weekend where we are going with him." 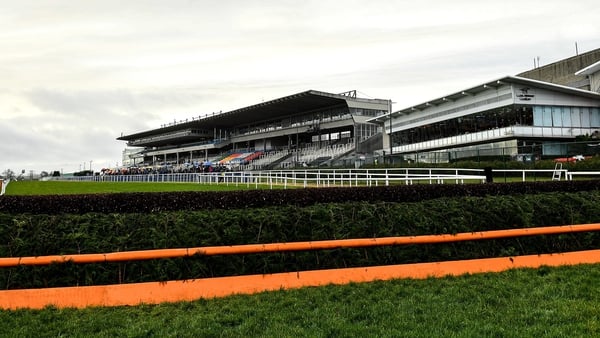 Dublin Racing Festival: Eyes on the sky ahead of Leopardstown meeting