The prospect of suitable ground conditions has persuaded Paul Nicholls to launch a raid on the Dublin Racing Festival this weekend with Grade One winners Frodon and Greaneteen.

Frodon will contest Saturday's Paddy Power Irish Gold Cup, while Greaneteen lines up in the Ladbrokes Dublin Chase on Sunday, with Bryony Frost set to partner the Ditcheat trainer's first runners at the meeting.

"Definitely Frodon because you're not going to go to Cheltenham and it's a valuable race," Nicholls told Ruby Walsh on RTÉ's Game On in regard to the plan to bring the 10-year-old gelding to Leopardstown.

"The ground's always good at Leopardstown and that will suit him. The same with Greaneteen. It's a valuable prize. The ground will suit him. So it's been the plan really."

Nicholls is hopeful that Frodon can can replicate the form that saw him capture the Ladbrokes Champion Chase at Down Royal in October.

"It's a big galloping track and he's won left-handed, right-handed and I always thought he was better left-handed and the ground should suit him really well," he said.

"If he brings his A game like he had at Down Royal, he should go well."

And Nicholls believes the recent time away from action for Greaneteen will prove beneficial.

"He's in very good form. He's had a nice break and I think we ran him a bit quick after preparing him for the form of his life in the Tingle Creek.

"He wouldn't have beaten Shishkin that day whatever we done, but he ran well and he's had a break now, and he's back where he wants to be. We're very happy with him." 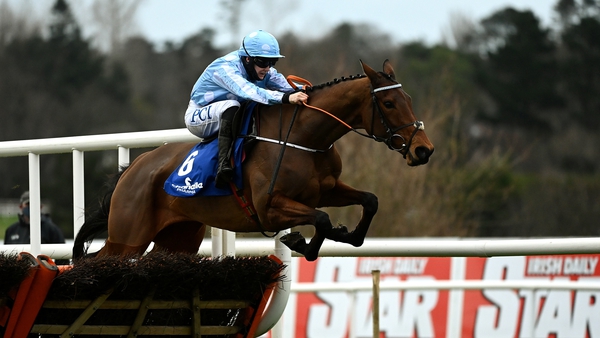