Paul Nicholls is set to have his first runners at the Dublin Racing Festival this weekend.

Frodon features among the entries for Saturday's Grade 1 Paddy Power Irish Gold Cup while Greaneteen is set to clash with Chacun Pour Soi in the Grade 1 Ladbrokes Dublin Chase on Sunday afternoon.

Nicholls struck with each of his three runners in Ireland last year, with Clan Des Obeaux and Bob And Co winners at the Punchestown festival in April while Frodon and Bryony Frost gave him a fifth success in the Grade 1 Ladbrokes Champion Chase at Down Royal in October.

The British Champion trainer will have his first runners at Leopardstown since the Christmas Festival in 2014 as he bids to add to his 17 Grade 1 winners in Ireland.

He said: "Both horses are in good shape and we are looking forward to having runners at the Dublin Racing Festival this weekend. Bryony will ride Frodon and Greaneteen.

"I’ve had great luck in the Irish Gold Cup both as a rider and trainer – I won the race as a jockey in 1988 on Playschool and trained Neptune Collonges to win in 2009.

"We also had great success in Ireland last year - our three runners were all winners, so I’m hoping our Irish strike rate continues.

"The horses will travel over on Wednesday night or Thursday morning and I’m looking forward to some great racing at Leopardstown."

Neptune Collonges was the last British-trained winner of the Paddy Power Irish Gold Cup. Nicholls’ most recent runner in the race was Tidal Bay which finished runner-up to Last Instalment in the 2014 renewal. 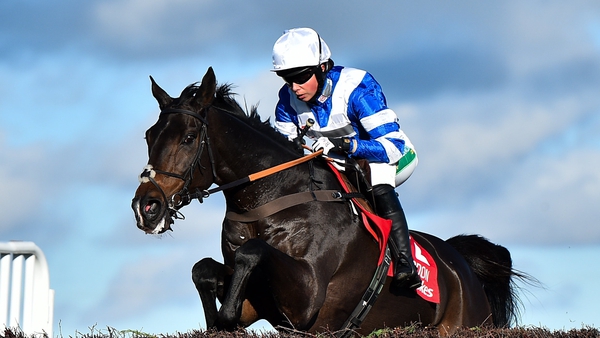