Galvin pounced in the dying strides to deny A Plus Tard back-to-back victories in the Savills Chase at Leopardstown.

A Plus Tard held a narrow lead over Kemboy at the final fence but last month's impressive Betfair Chase victor could not ward off Galvin.

Davy Russell produced the Gordon Elliott-trained seven-year-old with a terrific late charge to get up in the shadow of the post and land the prestigious prize at odds of 7-1 by a short head from the 8-11 favourite.

Kemboy (11-1), the winner in 2018, was three-quarters of a length away in third after making most of the running.

"I didn't know where the line was, I was driving with my head down" - Davy Russell reacts to catching Rachael Blackmore and A Plus Tard with Galvin on the line in the Savills Chase | Watch the #Leopardstown Christmas Festival live on @RTE2 and @RTEPlayer pic.twitter.com/NkHTc91rmQ

"That's unbelievable. I had a tear in my eye for half the race, I'm not afraid to say it. We've had a tough year and it’s brilliant," said Elliott.

"We started off having a bit of fun around Perth with him and he hasn’t let us down the whole way. That’s 12 races he’s won now and he’s a horse of a lifetime.

"He got into a lovely rhythm, he does that, he’s a good horse and he stays like hell. He’ll go straight to the Gold Cup now.

"I don’t think he was much fitter today than he was in Down Royal, but he got confidence out of that race.

"Jamie Codd gave him a beautiful ride (that day), he hit the line well. I think the three-miles-two of the Gold Cup trip will suit him well.

"The way he stays, if he can get into a rhythm anywhere at all, I wouldn’t care if he was first or last going out on the last circuit, he’ll come very strong in the Gold Cup.

"The horses have run out of their skin all week and to win that race is unbelievable."

Elliott was particularly thrilled to land the race for owner Ronnie Bartlett.

"Ronnie Bartlett is a brilliant owner, a good friend and he’s a gentleman," he said.

"Russell is a great friend of mine, we’ve been friends since riding in point-to-points at 16 or 17 years of age.

"I’m very lucky to have Davy and Jack (Kennedy) at the moment. That meant a lot to Davy as well as he’s very close to Ronnie.

"We don’t let him ride for anyone else at the moment, he’s too good to be giving to anyone else!" 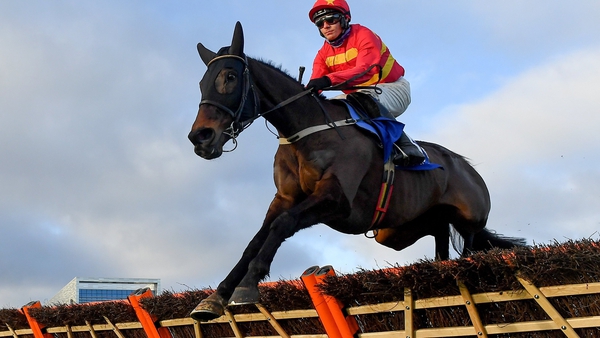 Klassical Dream sets too hot a pace in Christmas Hurdle