Ferny Hollow came out on top in a terrific battle with Riviere D'etel for the Racing Post Novice Chase at Leopardstown.

Despite having made all in his beginners' chase at Punchestown, Gordon Elliott’s Riviere D’etel was expected to give Ferny Hollow something to aim at given she was getting 13lb as a four-year-old filly.

She will never be getting that much weight again as she turns five next week so it seemed worth a shot from Elliott, pitching her against Willie Mullins’ 2020 Champion Bumper winner, and in truth she lost little in defeat.

Ferny Hollow, who only had one race over hurdles due to injury, had been something of a tearaway in his early bumpers and at one stage this threatened a return to those days as he set off at a tremendous lick under Paul Townend.

Jack Kennedy seemed content to take a lead on Riviere D’etel after a couple of fences and the pair of them put in some tremendous leaps on the way around.

While Ferny Hollow could never convincingly put the race to bed at any stage, the 10-11 favourite always looked to just have enough in hand.

The field were forced to miss what would have been the final fence due to damage caused on the first circuit and with the aid of the rail, Ferny Hollow came away to win by two lengths.

Coral cut the winner to 6-4 from 2-1 for the Arkle at Cheltenham in March.

"I thought that was a huge performance to give that weight to a filly that no one has got near all season," said Mullins, whose charge remains the only horse to have beaten Bob Olinger.

"He had come back from an 11-month break last time, but had only three weeks this time – I was worried all week that I was asking too much coming back so soon.

"Everything was against him, but he still pulled it out of the bag. I thought it was an awesome performance.

"He loves jumping. I really did think it was an awesome performance on his behalf. We could have waited another few weeks and gone to Punchestown and as we got nearer the race I wondered if I was doing the right thing. But he showed what he is today."

He added: "We are very happy with him over the fences, he was never staying over hurdles.

"We’ll probably come back here for the Dublin Racing Festival and then the spring festivals." 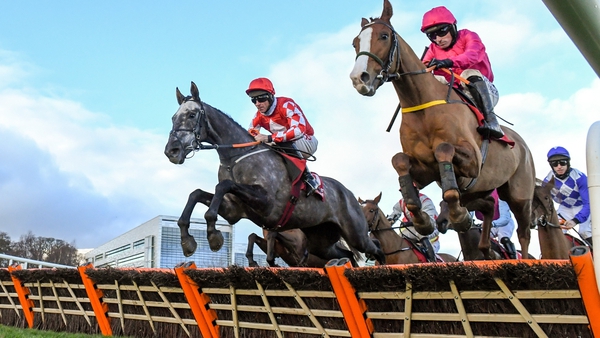