The British Horseracing Authority's disciplinary hearing into allegations jockey Robbie Dunne bullied and harassed Bryony Frost has been adjourned, with a final decision expected by noon on Thursday.

Dunne denies all but one of the seven charges brought against him after allegations from fellow rider Frost, although he denies the language used in the admitted breach, and has been present in High Holborn for five days as the hearing took place in front of a three-person panel.

The majority of the incidents in question took place in 2020, when Dunne is alleged to have threatened Frost by promising to "put her through a wing" and is also accused of using misogynistic language such as "f****** whore", "f****** s**t" and "dangerous c***" towards her.

In closing submissions on Wednesday, Roderick Moore, representing Dunne, told the panel he had issues with Frost's credibility after the allegations made about Dunne's misogynistic behaviour were not echoed unanimously by other female riders.

"I readily accept that Ms Frost was upset at times during her evidence to you last week, that was obvious," he said.

"The panel needs to take considerable care when assessing her testimony and the weight that can be placed upon it, the fact that she was visibly upset does not mean that where she leads, the panel should necessarily follow.

"Ms Frost made a number of gender-based allegations. Those allegations were not supported in any meaningful sense by the six female jockeys who were interviewed by the BHA investigator."

The panel also heard that Moore felt it would be unfair to judge Dunne independently to what is generally deemed acceptable in the weighing room at present.

"The way the weighing room is should not come as big news to anyone, there are BHA officials coming in and out all of the time," he said.

"What would be grossly unfair is to make a judgement of Mr Dunne against a scenario that isn't the real one.

"If something needs to change, that's for the future, that's a policy matter, a political matter."

Louis Weston, representing the BHA, took issue with the acceptance of a hostile weighing-room culture and highlighted Moore's perceived attempts to prove that Frost was unduly sensitive to this environment.

"To point to her just being intolerant of nice Mr Dunne's behaviour, that is a hopeless case and a very unfortunate one to put across. It isn't acceptable," he said.

"If what is being said, when you come to determine this case, there is a weighing room culture that allows jockeys to threaten serious injury to another or their horse, to call another a whore, a s**t and a s**g, then that culture is one that is sour, rancid and one that we say should be thrown out and discarded. Its time, if ever it had its time, has gone.

"It's amazing that anyone in this sport is saying that it's OK. You cannot have a sport that is open to men and women if it is tolerated that they get called a whore at work. It is so far beyond the pale, it doesn't come down to a slight judgement, it is miles beyond the pale." 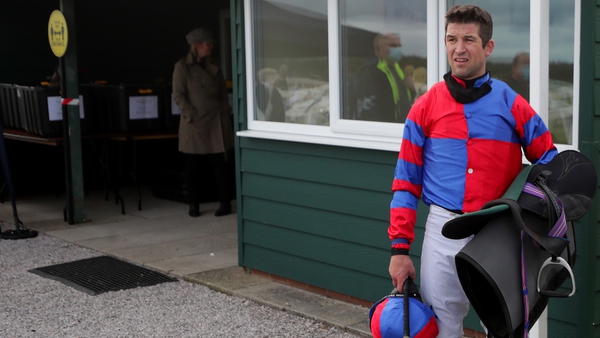