A brilliant winner of last season's Ryanair Chase at the Cheltenham Festival, Allaho was a 7-2 shot to make a successful reappearance in a race in which the champion trainer saddled seven of the 10 runners.

Sent straight to the lead by the trainer’s son Patrick Mullins, the Cheveley Park Stud-owned seven-year-old jumped well in the main to keep his rivals at bay.

Janidil emerged as the biggest threat from the home turn, but despite tiring, Allaho dug deep to see off his stablemate's challenge by two lengths.

Perennial bridesmaid Melon was best of the rest of third, with 7-4 favourite Envoi Allen ultimately disappointing in sixth.

Willie Mullins is hopeful that Allaho's somewhat erratic run in winning the John Durkan doesn't take too much out of him for the rest of the season | Racing from @punchestownrace and @corkracecourse live on @RTE2 and @RTEPlayer now: https://t.co/AZlEpmDpcs pic.twitter.com/S55BQjPDJQ

Mullins said of the winner: "I was delighted how he fought back. When Asterion Forlonge came up alongside him I thought that would take the stuffing out of him. Each challenger that came, he kept pulling it out.

Allaho was winning on his seasonal bow for the first time and Mullins expects all of his runners to come on for the outing, with the winner's class proving crucial.

He added: "Our horses are not fully wound up yet and I was hoping his ability would pull him through. Taking on horses with a run under their belt can be very tough.

"I was very happy with the way they all performed and hoping they will all improve from that."

There was further glory for Mullins as Ferny Hollow made a triumphant return from over a year on the sidelines in the BetVictor Beginners Chase.

The six-year-old had claimed a couple of notable scalps on his two most recent starts - beating esteemed stablemate Appreciate It in the 2020 Champion Bumper at Cheltenham and Bob Olinger on his first start over hurdles at Gowran Park last year.

Jumping well at the head of affairs under the trainer's son Patrick Mullins, the Westerner gelding was challenged and briefly passed by Coeur Sublime between the final two fences.

But Ferny Hollow wrestled back the lead approaching the last and a bold leap sealed his victory, with four lengths separating him and Coeur Sublime at the line.

"For a horse with such little experience I was very impressed with him," said Mullins senior.

"He was very lazy over the first few fences, very careful. Patrick said once he had to get down to race over the last four he was much better, he was like a professional.

"We'll look for a nice novice chase with him. We’ll see how he comes out of that before we make a plan for his next run."

Gordon Elliott followed up Saturday's spectacular seven-timer at Navan by saddling an across-the-card treble on Sunday.

Fresh from winning all but one of the races run at his local track, the Cullentra House handler enjoyed a double at Punchestown and a victory at Cork to round off a memorable weekend.

Elliott teamed up with Davy Russell for his two Punchestown winners, with Top Bandit (5-6 favourite) the first to strike gold in the opening BetVictor Loyalty Club Rated Novice Hurdle.

"It was a lovely race for him. Davy said he had to go when he did – probably sooner than he wanted to," said the trainer.

"He wouldn’t be one for the real depths of winter, so we’ll probably give him a break at some stage and have him back for the spring.

"Yesterday was an unbelievable day and all the horses are fine this morning. I’m absolutely thrilled."

Elliott and Russell later combined with Party Central (3-1), who touched off stablemate Humble Glory by a head to claim Listed honours in the BetVictor Proud To Support Irish Racing Mares Novice Hurdle.

Elliott, who also won the opening race at Cork with Iberique Du Seuil, said of Party Central: "She’s a good mare. I’d say if Davy had his time back he’d have waited a bit longer. He said she shocked him as she leapt on the bridle when he gave her a squeeze three out.

"She was lame after the last day and it’s nice to get head back in front.

"The Mares’ Novices’ Hurdle at Cheltenham is the main aim and she will probably have one more run before that.

"Humble Glory ran well and gets some black type, so everyone is happy."

Newcomer Sandor Clegane provided Paul Nolan with a welcome winner in the concluding bumper following the fatal injury suffered by stable star Latest Exhibition at Fairyhouse a week ago.

Nolan said: "It’s virtually the same owners as Latest Exhibition and we’re delighted today the way he did it. He was very professional and hopefully he’ll kick on. He schools well.

"It’s been a horrible week. They have been tremendously lucky colours for us and great people. It’s great win for them after what happened last week."

Having bounced back from defeat at the Cheltenham Festival with a brilliant display at Punchestown in the spring, the nine-year-old was a red-hot favourite to make a successful reappearance at Sandown.

But while he cut out much of the running, Chacun Pour Soi was a spent force before the home turn and trailed home last of the five runners.

"He's very sore behind today. We are not sure what it is yet, but we said we’d give him another day to get over it as he only arrived in this morning."

It has been a mixed weekend for the champion trainer after unleashing several of his stable’s big guns.

Like Chacun Pour Soi, Elimay and Kilcruit both suffered short-priced defeats, but Mullins did still manage to claim five Sunday winners at Punchestown and Cork combined.

He added: "We are so far behind this season with the dry ground. I was reading the other day that it’s the driest November around the Dublin area since 1942. That’s some statistic.

"I was wondering whether we were getting too precious with our horses, but the figures bear out and we can feel it in the ground every day you go out." 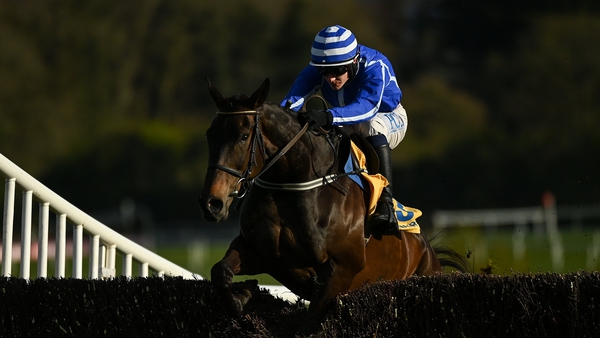