Jockey James McDonald realised his Lexus Melbourne Cup dream as Verry Elleegant powered away from her rivals to claim the iconic race.

The Chris Waller-trained mare added a 10th Group One win to her record as she saw off hot favourite Incentivise by four lengths in the two-mile feature on Tuesday – a victory McDonald believes cements Verry Elleegant's top rank status.

The rider was originally booked to ride British-trained runner Away He Goes before an injury ruled him out last week and McDonald described his win as a "fairytale".

He told www.racing.com: "It means everything. It’s the one race I’ve dreamed of riding in and of winning.

"That’s how you want to win a Melbourne Cup.

"I couldn’t believe the position I got first time out of the straight, she was so relaxed and she never touched the bridle until I gave her a kick at the 600-metre mark and she sucked up.

"I could see the favourite getting shoved along but I had seen that in the Caulfield Cup as well. When I went past him, I just wanted that post to come up.

"To pilot horses like Verry Elleegant each and every carnival is just a huge privilege and it worked out really well for us." 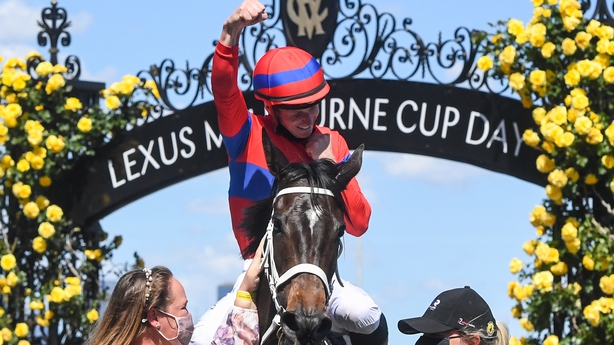 Verry Elleegant has enjoyed some notable battles with William Haggas’ Addeybb over the last couple of years, with her Group One tally encompassing distances from seven furlongs to this two miles.

McDonald was happy to settle his mount in mid-division through the early stages as Incentivise raced in second through the majority of the race, but Verry Elleegant was clearly travelling well as the field turned for home.

Andrew Balding’s raider Spanish Mission was perfectly placed to make his run down the middle of the track as Incentivise went for home, but Verry Elleegant was sat on his shoulder and when McDonald gave the signal, the response was immediate.

Verry Elleegant pulled clear in the final furlong to score as a 16-1 shot on the British and Irish industry market, with Spanish Mission staying on all the way for Craig Williams but just failing to catch Incentivise for second by half a length.

Waller watched the race with his family at home in Sydney and admitted it was a special moment to land his first Melbourne Cup.

"When she crossed the line, I was very emotional," Waller said.

"I really wanted to be there to share it with the staff and those who have worked so hard, but to watch it with my family made it very, very special."

Waller famously handled 25-times Group One winner and four-times Cox Plate champion Winx and he added: "It makes it pretty special to have another mare like this one. So brave, so determined and so good.

"We've had some great wins and important wins and this is certainly one of them.

"It’s the Melbourne Cup, so it’s very special and just the way she won it. She dropped on them and showed her class.

"She was the class of the race and she showed that with that finish that I’ll never forget." 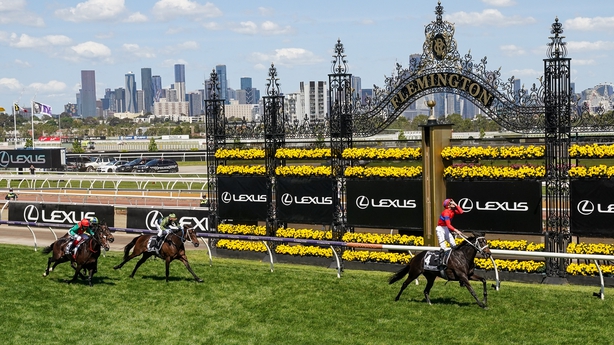 Jockey Craig Williams admitted Spanish Mission had been no match for the winner, but was delighted with his placed run.

He said: "Couldn’t have been any more impressed with his gallant performance. I had the option of being one horse in for the entire race but I decided to be on the back of Grand Promenade, I thought it would take me nicely into the race and we did. But when Verry Elleegant came around me, she was towing.

"My horse did a really good job and was fighting it out for second. Great job by Andrew Balding and his team for the planning and what a gallant warrior to go to battle with."

Incentivise was sent off the shortest-priced favourite since Phar Lap in 1930 and his rider Brett Prebble said: "Courageous effort. His first time to this trip and it took a champion to beat him."

Twilight Payment was a touch slow to break and jockey Jye McNeil said: "He wasn’t able to get into his usual role and at the halfway point he really struggled."