Beaten three-quarters of a length in 2020, jockey Paul Townend kept the faith – picking Royal Rendezvous from trainer Willie Mullins' six contenders in the richly-endowed prize over an extended two miles and six furlongs.

Sent off the 5-1 favourite, Royal Rendezvous was prominent throughout with Townend opting to take it up from Samcro at an early stage and he had a clear lead jumping the last fence before the long run for home.

Stablemate Easy Game emerged from the pack to make a race of it, but Royal Rendezvous held on by a length, with Modus taking third and The Shunter back in fourth.

Townend and Mullins were winning the race for the second time following the success of Blazing Tempo 10 years ago.

Mullins said: "Coming home from here last year we said we’d make this the plan if things worked out.

"I thought he got away in the right position, and then I wondered was he going too free – but he was jumping fantastically.

"But his jumping kept him in the game and he had enough in reserve. He had 7lb more this year, but he’s improving – he’s a late developer, I think.

"At one stage I didn’t think he would stay this sort of trip, (but) the way he races now I think we could even go further with him. 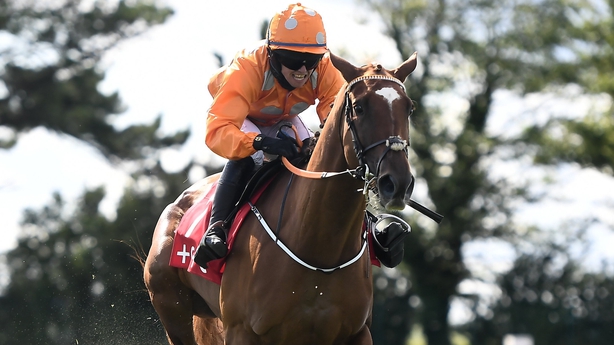 Trained by Henry de Bromhead and ridden by Darragh O’Keeffe, Annie G was in control from some way out in the extended two-mile heat and while Surprise Package tried to launch a late challenge after the last, the winner had plenty in reserve to repel that rival by eight lengths.

De Bromhead said: "She was really good and is a lovely mare who is progressing all the time. Darragh was really good on her, I didn’t think he was going fast enough early on and next thing they were all struggling behind her – he was brilliant on her.

"She doesn’t have to go from the front, but it suits us in a novice hurdle. Today she didn’t jump so well and was a bit disappointing (jumping-wise), and Darragh said she was on her wrong lead all the time. We had a suspicion she was better left-handed than right-handed but we got away with it and there are plenty of nice left-handed tracks.

"She has a full novice hurdle season ahead of her and her brother (Westerner Point) was a good chaser. She is a really exciting mare and fair play to the lads, they have been very patient."

Nodoubtabouthat (12-1) was a poignant winner of the Irish Stallion Farms EBF Mares Handicap Hurdle in the hands of 7lb claimer Joseph Kelly.

Trainer Shane Crawley explained: "The (Who What Why) syndicate (winning owners) aren’t here today as one of the members, Michael Griffin, buried his mother Mae this morning.

"They saw her work last week and said 'let her run, it’ll be all for luck’ so it was a very special win and it’s an emotional day for all of them. Michael is from Dublin and it is a Dublin syndicate."

He added: "She had great form this season and was unlucky at times. I was stuck for a rider and Garry Cribbin (jockeys’ agent) said this lad could ride and is great value for 7lb.

"She came out of her Cork run really well and it worked out. I’ve only ever had one runner at the Festival and that’s my first winner. We bought her for €5,000 and didn’t think we’d be coming here winning!" 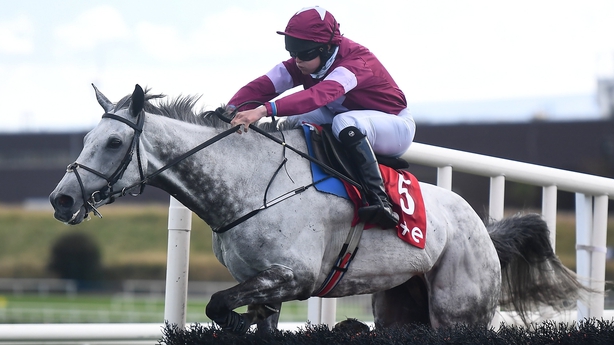 Desir Du Large raced awkwardly in the closing stages but still came out on top in the Tote+ At tote.ie Galway Races Maiden Hurdle.

He had run well in a couple of Grade Two heats last season and made the most of a drop in class to open his account for trainer Joseph O’Brien and Shane Fitzgerald, who is another to claim 7lb.

O’Brien said: "He had goodish winter form and we thought if he could take that here he’d run very well. He won well, but got a bit lonely and Shane gave him a good ride and is good value for his 7lb claim.

"We’ll see what mark he gets and he’ll either go for a novice or handicap next. He’ll go chasing eventually and could even go now, but we’ll see what Michael and Eddie (O’Leary) want to do."