The Willie Mullins stable was again to the fore on the third day of the Punchestown Festival, but on day four of the festival, Honeysuckle will get the chance to strut her stuff.

Rewritetherules sets the standard here, notwithstanding the fact he does have to concede plenty of weight. Alpha Male hasn't been at his best in two runs this season. His trainer does target this race, and the horse would have to be respected on the pick of his efforts last season.

Asterion Forlonge enjoys a class edge here, but can be a very hard horse to trust. Walk Away is clearly considered a well-treated horse and was well fancied to make a winning handicap debut in the Munster National. His fall there however, and subsequent absence, are concerns. The price is enough to compensate for those fears.

Salsaretta does have jumping issues, but probably has more ability than any horse in this race. If Danny Mullins can get her fencing fluently, she can take advantage of an attractive handicap mark. Court Maid is a quirky sort and would be feared if able to put her best foot forward.

Honeysuckle is hard to oppose. I've taken her on a couple of occasions this term. On both occasions she has proved me wrong. This track, trip, and ground are probably not optimal, but she just finds a way to win. Abacadabras appeals as overpriced. He was very impressive in Aintree, and goes well at this track. He looks the best play in the 'each way' and 'betting without the favourite' markets.

This race doesn't appeal as a betting heat. Bob Olinger is a hugely exciting horse. He should readily confirm Cheltenham form with Gaillard Du Mesnil.

A highly competitive renewal of this race. Billaway never runs a bad race. He may prove slightly vulnerable over this relative speed test. Caid Du Berlais is the defending champion. He's a 12-year-old now, but on the evidence of two wins this term, doesn't appear greatly diminished.

Dreamsrmadeofthis made a taking debut when winning in Cork last month. That's not the strongest form granted and her jumping will need to improve also. She looks to have a fair engine, and I'm encouraged that she's pitched into this company on just her second career start. As a four-year-old mare she gets plenty of weight here. Mark Walsh has chosen to ride Get My Drift over the selection. He's another promising sort, and drops in grade.

My Mate Mozzie made a lot of money after his impressive point to point win. He should take plenty of beating here. 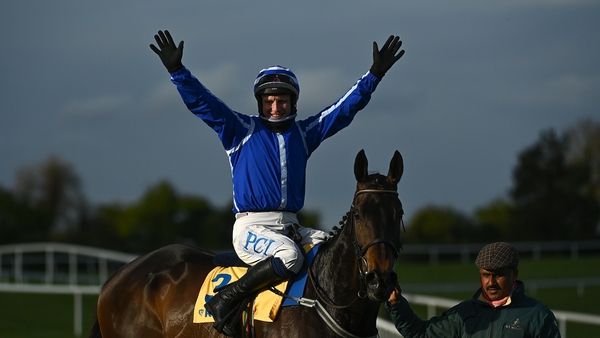