Rachael Blackmore is still struggling to comprehend the magnitude of her achievement after claiming Randox Grand National glory at Aintree.

The 31-year-old is used to breaking boundaries, having risen from relative obscurity to becoming one of the leading National Hunt jockeys in the space of six years as a professional.

Just last month Blackmore became the first woman to ride the winner of the Champion Hurdle at Cheltenham, aboard the brilliant mare Honeysuckle, and her six winners at the Festival saw her crowned leading jockey.

"It’s still hard to process it all, to be honest. It’s been unbelievable," she said.

"I was meant to fly home on Saturday night, but I missed my flight so I came home on the boat on Sunday and got home on Sunday evening.

"I genuinely lay awake in bed all night on Saturday. I was completely exhausted and got into bed thinking I was going to have a great night’s sleep, but I just could not shut down. I’ve been catching up on sleep ever since!

"I just couldn’t believe what had happened, I suppose. Your adrenaline would still be up and you’d be thinking about what was one of the biggest days of my life, so sleep just wouldn’t allow!"

Blackmore is well used to big-race success, but admits the feeling of winning the National on the Henry de Bromhead-trained Minella Times was different to anything she has experienced before.

"It’s a very exciting race to be part of," she said.

"I’d ridden Minella Times before, and he’s a beautiful horse to ride who jumps really well, so I was looking forward to going over the National fences with him.

"There’s a lot of anticipation in the build-up to the National. It’s so unique – 40 horses and 30 jumps. I suppose excitement was the overriding emotion on Saturday morning.

"You know very quickly if a horse is taking to the fences or not, and Minella Times absolutely took to them. After we jumped two or three fences, I knew he was really enjoying himself, and we got a fantastic passage around. 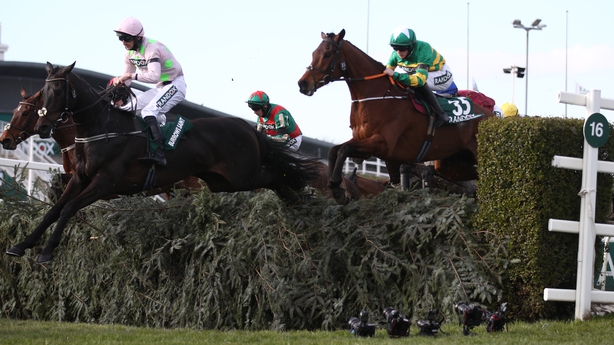 While Minella Times appeared to have victory in safe-keeping up the run-in, it was not until he passed the post that Blackmore let herself believe she had secured the most momentous of wins.

She added: "I could hear the commentator saying we were four lengths ahead, and I knew my horse wasn’t fading under me – he was going to stay galloping to the line. That is when I had the realisation that it might happen – and a few strides later it did happen.

"The feeling was just complete elation. It’s slightly different to Cheltenham – where you’re riding Honeysuckle in a Champion Hurdle, she’s favourite, and there’s a good bit of pressure attached to it.

"Going out in the Grand National, I didn’t feel any pressure. There’s not the same expectation, because everyone involved knows the amount of luck that’s involved.

"After Honeysuckle, my initial feeling was more relief, and then joy, whereas after the National it was complete joy straightaway."

Usually so composed in a race and afterwards, Blackmore did not find it so easy to keep her emotions in check on Merseyside.

"I probably was (emotional) afterwards, but it’s the Aintree Grand National – it’s such a big race," she said.

"That’s not to say they’re not big races at Cheltenham. But Cheltenham is four days, with extremely important horses running every day – you can’t really allow yourself to kick back on Tuesday evening and enjoy the day, because you’ve a very important day the next day.

"After the National, Aintree was done. I had a ride in the bumper, but it’s just different."

Among those who have congratulated Blackmore on her National triumph are tennis great Billie Jean King and Ringo Starr, drummer with The Beatles.

"We used to go on camping holidays to France when we were younger, and The Beatles would be on the CD player in the car.

"I grew up listening to them, so it’s hard to believe when you’ve got people like that sending you well wishes.

"I’ve received well-wishes from everywhere, and people are just so kind. I feel extremely lucky to be in the position I’m in."

Unlike many of her weighing room colleagues, Blackmore was not bred to be a jockey.

However, from an early age, the daughter of a dairy farmer and a secondary schoolteacher loved horses – and the Grand National in particular.

She added: "I remember when the silage was cut, trying to get my pony to jump the channels of grass in the field – and imagined I was jumping fences at Aintree.

"The Grand National was the first thing that captured my imagination in the world of racing. It’s that kind of special race that captures a global audience – I never thought that I’d be winning it some day.

"I know I keep saying it, but it is genuinely hard to comprehend."

Blackmore has certainly not had it easy, kicking off her riding career as an amateur struggling for winners on the point-to-point circuit before making the bold decision to turn professional at the age of 25.

Her career in the paid ranks got off to a steady rather than spectacular start, but she insists she never doubted she had made the right decision.

She said: "It took me a while to get that first winner as a professional, but I was no stranger to waiting a long time for a winner – they didn’t exactly come thick and fast as an amateur.

"There was never a moment where I thought 'have I done the right thing?’, and that was mainly because I was riding a lot more.

"I was going racing nearly every day. It might have only been for one or two rides, but I was racing a lot more than before – which meant I was getting more practice and getting better at what I was doing.

"I received a lot of support. Shark Hanlon was my main backer then, and I wasn’t getting anxious because the winner wasn’t coming because that is racing, unfortunately."

Not one to seek the limelight, Blackmore is nevertheless aware of her current position as a role model to potential jockeys of the future – whether that be male or female.

She said: "When I was starting off, I was seeing Nina Carberry and Katie Walsh achieving massive things. Seeing what they were achieving encouraged me and never made me think about gender – I never entered the weighing room thinking about gender.

"Hopefully that will just carry on now, and the same encouragement will be there for other people.

"We’re very lucky in our sport that it (gender) isn’t an issue. It’s the same with the likes of Hollie Doyle on the Flat – you’d be hoping that those things will all help."

Blackmore is keen to pay tribute to De Bromhead, who himself has enjoyed remarkable success at Cheltenham and Aintree.

As if becoming the first trainer to win the Champion Hurdle, Champion Chase and the Gold Cup in the same week were not enough, he also saddled the second in the Gold Cup and the first two in the Grand National, with Minella Times followed home by stablemate Balko Des Flos.

"Henry’s achievements are nothing short of phenomenal," she said.

"It’s incredible what he’s done – it has never happened before. I really hope that angle of it is not forgotten.

"He’s an exceptional trainer, and I feel very lucky to be part of his team. He’s got a very good team of staff that work for him, and it’s a privilege to be part of the whole thing."

With Cheltenham and Aintree in the rear-view mirror for this season, Blackmore is relishing the challenges ahead – with the Punchestown Festival next on the big-race calendar.

She can look forward to plenty of high-profile mounts and potentially making more history, as a thrilling race with Paul Townend to be crowned Ireland’s champion jockey comes to its climax.

Theirs is a friendship and rivalry which dates back to Blackmore claiming a very first victory on the pony racing circuit when she was just 15. 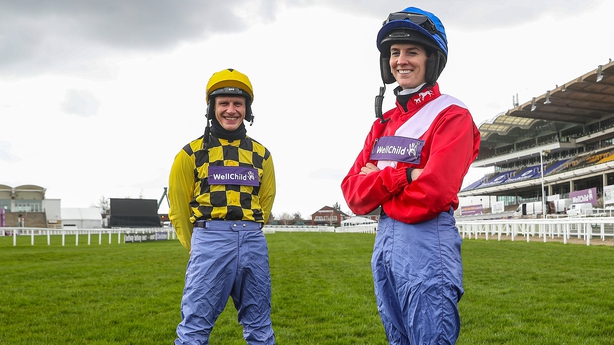 "I’d say I rode in five or six pony races in total, and Paul would have been very accomplished at the time and the champion pony race rider," said Blackmore.

"For me, it took a lot longer for the penny to drop. He was extremely good back then, and I was definitely not in the same league.

"You wouldn’t think we’d be in the situation we are now if you look back at the video. If you had to pick someone to ride a Grand National winner of the future from that video, I’d say I’d have been about 500-1!"

She added: "The last four weeks have been brilliant, but you can never accomplish everything you want to accomplish in racing.

"Racing is constantly turning. We came back from Cheltenham, and that was brilliant, but a few days later we were in Fairyhouse for the Irish Grand National – then we were in Aintree and now we’re gearing up for Punchestown.

"It’s a constant, evolving wheel where you’re definitely enjoying what’s happening, but you’re also getting focused on what’s coming up.

"I suppose there’s pressure there to prove you are what people say you are. But at the same time, if pressure got to me I’d probably be in the wrong job.

"It isn’t really a job to me. You’re a very privileged person when you can do something you love and get paid for it."

Although Blackmore’s focus is very much ending a remarkable campaign on a high at present, she hopes there will be time to celebrate this summer – once coronavirus restrictions allow.

She said: "The minute Covid has decided to cease and resist, there will be a party!

"We have a break at the end of June, so it would be nice to get away if we can, but I don’t think you can do too much planning in the current circumstances."