Rachael Blackmore is seeking a piece of history when she lines up on the unbeaten Honeysuckle in the Unibet Champion Hurdle.

Blackmore, chasing Paul Townend hard in the race to be champion jockey in Ireland, would become the first female rider to win the showpiece race on the opening day of the Festival.

Henry de Bromhead's Honeysuckle was a winner at the meeting 12 months ago when coming out on top in a titanic battle with Benie Des Dieux in the Mares' Hurdle, but is in against the boys this time - as well as fellow mare and last year's winner Epatante.

"She's never let us down so far, and I'm just hoping we can continue in the Champion Hurdle.

"It's fantastic to be involved with a horse of her calibre. It's what any jockey dreams about, getting teamed up with something like her. It's just a privilege." 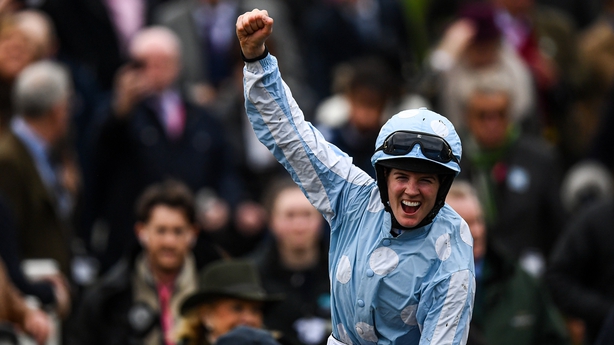 Honeysuckle is owned by Kenny Alexander, who has a strong band of mares - but none comes close to Honeysuckle.

"Her owner, Kenny Alexander, his main aim was to win the Mares' Hurdle at Cheltenham - and that was a fantastic achievement for him to be able to do that, with the help of Peter Molony (racing manager)," added Blackmore.

"We got that done last year, and I think her performance at Leopardstown (in the Irish Champion Hurdle) was ultra-impressive. So why not have a stab at the Champion Hurdle?

"It's an extremely competitive race - these championship races are unbelievable. There's last year's winner Epatante, Goshen. Hopefully we are on our A game and can produce the goods again."

Blackmore has an outstanding book of rides this week - and with A Plus Tard in the Gold Cup, she could even pull off a famous double.

She said: "I have a massive good book of rides at Cheltenham; the likes of Champagne Gold (County Hurdle or Martin Pipe), if he goes, Captain Guinness (Arkle), Notebook (Queen Mother) and A Plus Tard in the Gold Cup. I'm very much looking forward to riding him as well - I could go on all day.

"We've had a fantastic year so far. This is the important week, so hopefully the success can carry through." 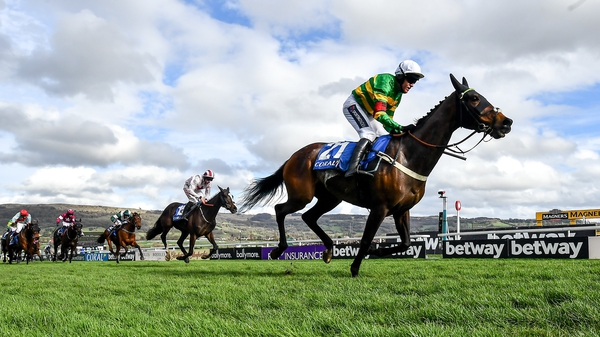 Cheltenham Festival: Going eases to soft on eve of festival