Monkfish faces just five rivals as he bids to maintain his unbeaten record over fences in the Brown Advisory Novices' Chase at Cheltenham.

The Willie Mullins-trained seven-year-old has looked a cut above the opposition in winning all his three starts over fences.

He has won his last six races in all, including the Albert Bartlett Novices' Hurdle at the Festival in 2020.

Henry de Bromhead's Eklat De Rire, winner of a Naas Grade Three, is the only fellow Irish-trained horse in the line-up on Wednesday.

The Philip Hobbs-trained Sporting John, who bounced back to form in the Scilly Novices' Chase at Sandown, heads the home brigade. Colin Tizzard's pair of Fiddlerontheroof and The Big Breakaway and Nicky Henderson's Dickie Diver make up the sextet.

Bob Olinger, from the de Bromhead stable, tops another small but select field of seven for the Ballymore Novices' Hurdle.

He is ante-post favourite on the back of a comfortable victory in the Lawlor's Of Naas Novice Hurdle.

The Mullins-trained Gaillard Du Mesnil is his main market rival after his Grade One success at Leopardstown.

The Paul Nicholls-trained Bravemansgame looks the pick of the UK team, having won the Challow Hurdle at Newbury. 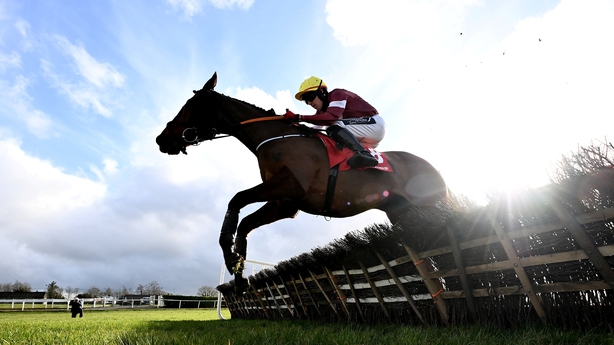 Dual Grand National hero Tiger Roll will try to win the Glenfarclas Chase for a third time, with 14 horses declared for the cross-country test.

David Cottin's French raider takes on the Denise Foster-trained 11-year-old as both horses try to revive seasons which have got none smoothly to this point.

Christian Williams' Potters Corner, winner of the Midlands and Welsh Nationals, is an intriguing contender - while Michael Scudamore's Kingswell Theatre and John McConnell's course-and-distance winner Some Neck add to the interest.

Mullins has the two market leaders, in Kilcruit and Sir Gerhard, after 15 were declared for the Weatherbys Champion Bumper.

The Closutton handler is responsible for five of the runners in all - with Cool Jet, Ramillies and Grangee also in the line-up as he seeks to win this race for an 11th time.

The Joseph O'Brien-trained pair of Entoucas and Embittered are near the head of the betting in a typically competitive renewal of the Johnny Henderson Grand Annual Challenge Cup.

Duc De Genievres heads the weights after a maximum field of 20 was declared for the two-mile handicap chase.

Olly Murphy's Thomas Darby must give weight all-round in the Coral Cup to another maximum field - of 26, for the handicap hurdle over two miles five furlongs.

Nicky Henderson has won the race a record four times and this time has a team of four - Janika, Monte Cristo, Birchdale and Craigneiche.