Gordon Elliott has been suspended from training for 12 months, with six months suspended, and ordered to pay costs of €15,000, following his Irish Horseracing Regulatory Board referrals committee hearing.

A photo of Elliott sitting on a dead horse named Morgan appeared on social media last weekend, with the trainer admitting that the image was genuine in a statement released on Sunday evening.

According to a statement, the IHRB referrals committee found Elliott in breach of rules 272(i) of the Rules of Racing and Irish National Hunt Steeplechase Rules, in that he acted in a manner which was "prejudicial to the integrity, proper conduct and good reputation" of the sport.

The ruling, which comes into effect on 9 March, means Elliott cannot send out runners in his name from his  base at Cullentra House until September.

Elliott will not be able to saddle horses at the Cheltenham Festival, which begins on 16 March. The British Horseracing Authority this evening confirmed that owners must transfer their horses to another trainer before 9 March if they are to compete at the Festival.

In a statement, Elliott accepted the judgement, effectively ruling out an appeal.

"It breaks my heart to see the hurt I have caused to my colleagues, family, friends and supporters. I have a long road ahead of me but I will serve my time and then build back better," he said.

The committee sat for three hours at Naas racecourse this morning from 10am, following a tumultuous week in Irish racing, after the image became public.

The committee found Elliott's behaviour to be in "the most appalling bad taste" and "the reputation and integrity of horseracing has consequently been brought into disrepute and has been prejudiced and serious damage has been caused to a sport enjoyed and loved by so many".

In suspending six months of the suspension, the IHRB committee, made up of Mr Justice Raymond Groarke, Mr Nick Wachman and Mrs Justice Siobhan Keegan, noted that Elliott had "accepted that his conduct was 'disgraceful', 'horrific' and 'wholly inappropriate and distasteful'."

They noted the three-time Aintree Grand National winner's 'genuine remorse' and the fact he cooperated fully with the IHRB throughout the investigation.

The committee also questioned the motives behind the publication of the photograph, taken more than a year ago, on social media on Saturday night.

"In the view of the committee there is also a sinister aspect to this case. The committee are satisfied that the publication of this photograph is part of a concerted attack upon Mr Elliott, the full circumstances of which are unknown."

The British Horseracing Authority said it "welcomed" the decision of the IRHB committee.

A statement said: "We welcome the fact that the Irish authorities have acted swiftly. The suspension will be reciprocated here in Great Britain. The existing restriction on Mr Elliott having runners in Great Britain will stay in place until the suspension takes effect on 9 March.

"The IHRB Referrals Committee pointed to the fact that the photo showed appalling bad taste and demonstrates a complete absence of respect for the horse. We endorse these comments, and the view that respect is an integral and essential part of the duty of those in charge of animals.

"Today's decision confirms that horses will not be able to run at the Cheltenham Festival or Grand National Festival in the name of Gordon Elliott.

"However, if horses are transferred directly to other licensed trainers prior to 9 March - when the suspension is due to commence - they will be able to run."

The unbeaten Envoi Allen is the highest profile horse shorn from the ranks of Elliott amid the controversy, with Henry de Bromhead assuming the training duties for the favourite for the Marsh Novices' Chase at Cheltenham.

Envoi Allen is one of a number of Cheveley Park Stud-owned stars dispatched to De Bromhead and champion trainer Willie Mullins.

However, Gigginstown House Stud – owner of Morgan, the horse straddled by Elliott in the offending image – is sticking by the trainer, describing the incident as a "grievous but momentary lapse of judgement". 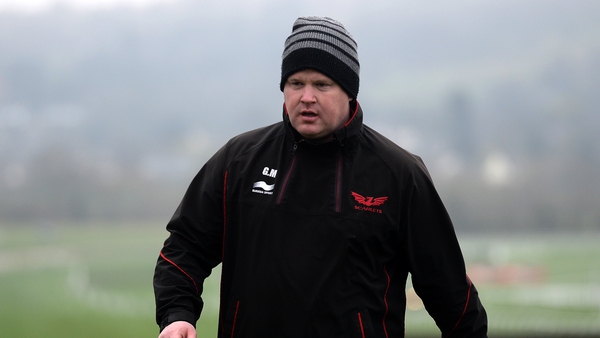