Gordon Elliott has spoken about an "indefensible moment of madness" as he responds to the condemnation of an image that emerged of him sitting on a dead horse.

The image, which was widely shared on Twitter at the weekend, is being investigated by the Irish Horseracing Regulatory Board (IHRB). The trainer will not be permitted to have runners in Britain until the conclusion of the investigation, however the British Horseracing Authority has confirmed that it will allow the trainer's horses to run in Britain if transferred to another trainer.

Gigginstown House Stud, who announced on Monday that they will continue to support Elliott, also confirmed that it was one of their horses, Morgan, in the offending image. The seven-year-old died of a heart aneurysm in 2019.

In speaking to the Racing Post on Monday, Elliott said he first became aware of the image circulating while he was at Fairyhouse on Saturday evening and "instantly realised the magnitude of the situation", while adding that "I will be punished".

The Co Meath handler also accepts that he has let down the racing industry, his owners and his staff.

"It is indefensible. Whether alive or dead, the horse was entitled to dignity. A moment of madness that I am going to have to spend the rest of my life paying for and that my staff are suffering for," he told the Racing Post.

"I will be punished, I fully understand that. But it absolutely breaks my heart to read and hear people say that I have no respect for my horses. That couldn't be further from the truth. My whole life has revolved around horses since I was a child. I know nothing else. Horses are all I have. I came from nothing and built a dream.

"When your world starts crumbling in front of you, it's a scary place to be. I just hope people can understand how truly sorry I am and find some way to forgive me for what I have done.

"My heart goes out to all my staff. I know how hard they work. I know that I have not only let them down but that I have let the whole racing industry down too. That is down to my stupidity and I am truly, truly sorry."

Elliott houses a number of favourites for this year's Cheltenham Festival, which starts on 16 March, including Envoi Allen and Zanahiyr, while Tiger Roll himself is also due to run in the Glenfarclas Chase over Cheltenham's cross-country course.

Sire Du Berlais is prominent in the betting for the Stayers' Hurdle at the Festival. Frank Berry, racing manager for his owner JP McManus, declined to comment on the situation when contacted on Monday morning.

Cheveley Park, owners of Envoi Allen and other top performers in Elliott's string, released a statement on Monday morning, in which it said it was "horrified" and "dismayed" by the image. 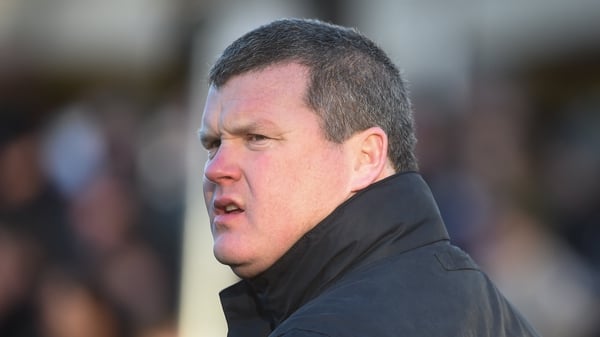