Bookmakers hope racing can again demonstrate its flexibility by pushing back the date of the Grand National to ensure betting-shop punters are able to enjoy the annual "celebration".

Coronavirus put paid to the 2020 National - along with so many other major sporting events - and after Prime Minister Boris Johnson's announcement on Monday, this year it is set to take place just two days before the earliest possible reopening of non-essential shops.

Racing administrators have had to adapt to a series of challenges posed by the pandemic over the past 12 months, first with a halted fixture list, then a suspension of attendance for owners and spectators and shop closures also impacting on revenue.

Only recently, the winter weather has brought its challenges, too - but racing administrators were quick to draw up rescheduling plans to save big meetings lost to the freeze.

Ladbrokes Coral PR director Simon Clare is suggesting the sport can show more of that pro-active spirit - and give itself a much-needed financial boost - by delaying the Randox Grand National, currently scheduled to take place on Saturday April 10, so that it can be run with shops open again.

The National is by far the biggest betting race of the year, worth an estimated £300million in turnover.

Clare said: "Now we've seen the dates for the Government road map - which are provisional - and the fact that there is potential for betting shops to open on 12 April, the obvious issue is the Grand National.

"It is the biggest betting race of the year - the race which millions of people enjoy as a national celebration. It was lost to the pandemic in 2020, and would take place two days before the shops open this year.

"It is the one race where betting shops provide a big service. There are a lot of once-a-year punters who want to come and have a bet on the big race.

"There's the celebratory aspect of the Grand National. It's the showcase for racing and for betting - so we'd love to see it happen."

Clare concedes it may not ultimately prove possible to push the race back by a few days or up to a week.

But he is pinning his hopes on another example of the resourcefulness which has helped the British Horseracing Authority, Jockey Club and other stakeholder administrators plot a path through the pandemic so far.

He added: "Just shops reopening is great - that's the most important thing.

"The Grand National is the biggest betting race of the year. It's worth 10 times more than the Cheltenham Gold Cup, which is the second biggest, in turnover.

"Obviously, racing has done an amazing job being flexible during the pandemic. It's been an amazing effort.

"It may not be possible - but if it can be done, it would be fantastic."

Bookmakers have, of course, felt the financial consequences of having to keep shops shut during the lockdowns of the past year.

Clare said: "It's an important source of revenue for betting shops who've had a really tough time and for racing which has done a brilliant job keeping the show on the road but has been supported heavily by the Levy Board.

"The Grand National taking place when shops are open would give a big injection of money."

Both Jockey Club Racecourses, who own and manage Aintree, and the BHA have declined to comment as yet about the prospect of any rescheduling. 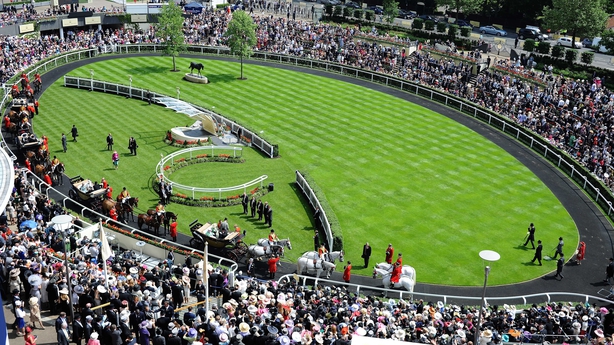 Officials at Ascot, meanwhile, are considering the dilemma of whether to try to put the five-day Royal meeting back a week in the hope of having a full crowd.

As the road map currently stands, a limited number would be allowed at the current dates of 15-19 June - but restrictions could be lifted in their entirety on 21 June.

Ascot's director of communications Nick Smith told Nick Luck's Daily Podcast: "We were quietly surprised and probably quite pleased at the level of detail the Prime Minister was able to share (on Monday).

"It was certainly a surprise to us there was so much detail about the return of crowds to sporting events so early - so we've got an awful lot to digest.

"It's natural the question (of moving the meeting back a week) would be asked. I think the reality is what the Prime Minister said was that stage 4 would be 21 June at the earliest. With Royal Ascot due to end on June 19, if it were to move a week later, that doesn't give an awful lot of room for slippage.

"At this particular point in time, bearing in mind all the complexities of moving a race meeting with Pattern issues and the real uncertainty over whether 21 June will become tenable, we're just watching this space.
"I wouldn't want to set hares running to say there is a plan in the background to move the Royal meeting because a) it's too early to think about that and b) there isn't at this stage.

"I think we have to be realistic. It's not impossible, and some would say it's likely, that there will be some slippage in this programme - which won't mean it's failing, it will just mean the natural course of events aren't as quick as people would like.

"It's extremely complicated. Saying one week we could plan for 'x' thousand and the next plan for 70,000 capacity - or what have you - would require a huge amount of expenditure, and if you aren't absolutely certain you would be able to deliver it one week later would be financially a very difficult risk to take, especially given what we faced last year and what we face this year.

"The really great news is that it appears to be likely we will be able to welcome at least some crowd. We don't know what the number will be, as the Government has detailed what you can accommodate in a stadium - which is seat-based - and courses don't operate like that."