Leading jockey Davy Russell will miss next month's Cheltenham Festival after failing to sufficiently recover from injury in time.

Russell - who won the Gold Cup aboard Lord Windermere in 2014 - has been on the sidelines since dislocating and fracturing vertebrae in a first-fence fall in the Munster National at Limerick in October aboard Doctor Duffy.

Having returned to riding out after the turn of the year, the 41-year-old was last week optimistic he would be back in competitive action in time to ride at the showpiece meeting in the Cotswolds.

However, Russell confirmed in a statement on Thursday that he will not be riding at the Festival - where his big-race mounts were set to include the brilliant Envoi Allen in the Marsh Novices' Chase.

Russell said: "I met with my surgeon earlier today - and although he is delighted with the progress I have made, he feels that I'm not quite where I should be in order to ride at Cheltenham next month. 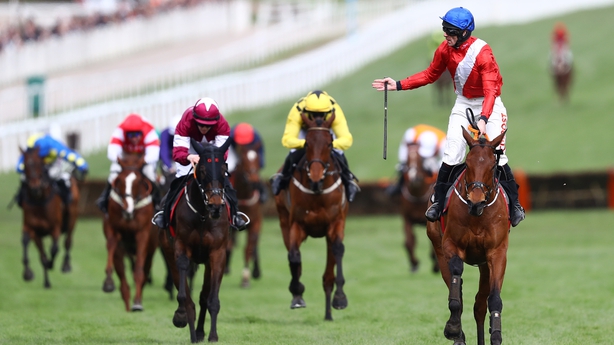 "It is frustrating as I feel I have made giant strides in recent weeks on the road to recovery. However, after talking through things with (trainer) Gordon (Elliott), we both feel it sensible for me to follow advice and miss Cheltenham, as it is only weeks away.

"To ride horses of the calibre of Envoi Allen you have to be 100 per cent fit, and I would be doing the team a disservice to ride when I'm not ready. Obviously, it is hugely disappointing, but it is important to make the call early.

"I will continue to work hard on my recovery and look forward to getting back in the saddle the following month.

"I remain so grateful for all the extraordinary medical attention I have received, and thank you for all your lovely messages of support."