Honeysuckle silenced the doubters with a dominant display on day one of the Dublin Racing Festival. I was among the naysayers but was happy to be put in my place. It means that the queen of Irish racing will go for Champion Hurdle glory. Hopefully we will see a Cheltenham Gold Cup contender advertise his claims on day two. Another top class card.

1.10 Irish Stallion Farms EBF Paddy Mullins Mares Handicap Hurdle
A tricky opener. Tellmesomethinggirl arrives here on a hat-trick bid and remains relatively unexposed. The form of her latest win has been boosted. The handicapper looks to have taken a civilised line with her. Daylight Katie was disappointing on her seasonal comeback. Her novice hurdle record reads well though. She would be a big runner if returning to form.

1.40 Tattersalls Ireland Spring Juvenile Hurdle
Quilixios is probably the best jumper in this race, probably brings the best form to the table, and will probably win. Ha D'or looked green over this course and distance at Christmas. He should improve.

2.10 Chanelle Pharma Novice Hurdle
Appreciate It is very hard to fault. Whatever beats him will probably win. Mr Coldstone is a speculative suggestion at a massive price. He jumped an travelled like a proper horse at Tramore. I'm fairly confident he beat a decent horse that day. This is obviously a whole different ball game, mind you.

2.40 William Fry Handicap Hurdle
The handicapper has taken a bit of a chance with Pure Genius. He's a tricky horse to assess, in fairness. His win last time out at Punchestown came in a race that fell apart. He seems to be well regarded though, and clearly relished the step up in trip last time. This six-year-old has obvious upside, and Simon Torrens rates good value for his claim. Articulum is not without a chance. There are genuine stamina concerns, but he's a big price.

3.10 Flogas Novice Chase
Monkfish continues to thrive. He looks a natural over fences and is, I suspect, only beginning to realise his potential. This trip is on the sharp side but I'd be confident he'll find a way to win. Latest Exhibition will probably play understudy to the 'Fish once again.

3.40 Paddy Power Irish Gold Cup
This year's renewal is a little light on numbers. No shortage of quality, mind you. Some sort of case can be made for all five runners. Minella Indo was an expensive failure in the Savills Chase over Christmas. He's generally an accurate jumper, and it can pay to forgive that fall. He remains my idea of this year's Cheltenham Gold cup winner. Melon looked unlucky in the aforementioned Savills. A more patient ride could well reap dividends here.

4.10 Gaelic Plant Hire Leopardstown Handicap Chase
Treacysenniscorthy won at this meeting last year. He has been a bit slow to come to hand this term, but he looked right back to his best last time out at Cork. Bar fluffing the last, he jumped very well that day. The second has won since. A 12lbs rise makes life difficult but I still think he's well handicapped. There's also the very real potential that he gets an easy time out in front. Crossed My Mind has dotted up on his two starts this season. He's greatly feared.

4.40 Coolmore NH Sires Kew Gardens Irish EBF Mares INH Flat Race
Not much to go on here. Brandy Love is the chosen one of Willie Mullin's quintet. I'm loathe to take a short price in these races though. Stablemate Brooklyn Glory was impressive at Cork. She looks a shade overpriced. 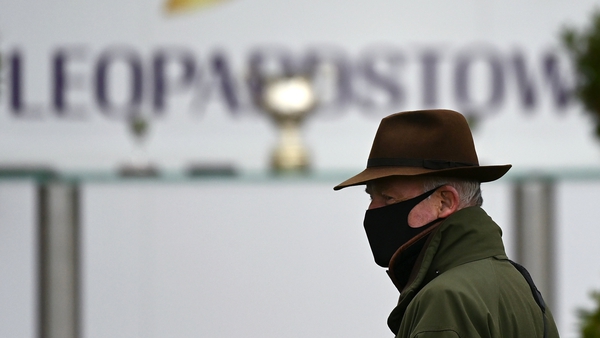 Dublin Racing Festival: Trainers look ahead to Leopardstown on Sunday